New Haven is One of Yale’s Biggest Assets, and Vice Versa 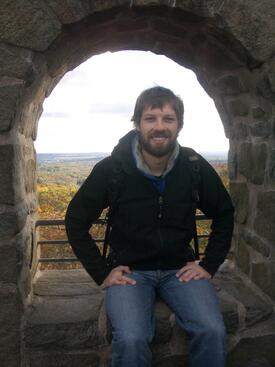 “New Haven has a great reputation, great restaurants.” The city that Yale calls home, was named the nation’s number one spot for foodies by Livability.com.

“From the soul food served at Sandra's Next Generation to the falafels at Mamoun's, restaurants in New Haven, Conn., cover the gamut of food genres. Students attending Yale University can get a culinary education simply by walking through downtown New Haven and sampling the cuisine found in the city's eclectic restaurants, some of which date back to the late 1800s,” said Livability editor Matt Carmichael.

The review names some of the town’s classic eateries: Louis’ Lunch, Claire’s Corner Copia, and Frank Pepe’s Pizzeria Napoletana, but there are 56 Zagat-rated restaurants in New Haven, and most of the city’s 120-plus restaurants are within a few blocks of the New Haven Green and within easy walking distance from campus. Among the newest are Tarry Lodge (a Mario Batali restaurant) and Harvest Wine Bar.

New Haven’s reputation as a great place to spend time has made it into the national media. A New York Daily News banner headline last year proclaimed, “New Haven is Happening.” The New York Post announced: “New Haven has arrived,” and the Washington Post said New Haven “has come into its own.” The New York Times ran a “36 Hours in New Haven” feature, encouraging travelers to visit the city and sample its food, shops, and cultural riches.

New Haven has about 130,000 permanent residents, 11,000 Yale students, and 2.8 million visitors a year, who come to enjoy the museums and galleries, theaters, clubs, and concert halls — and to tour the University, of course. Throughout the year, the city is alive with activity, both on and off campus. During Open Studios in the fall, over 200 local artists invite visitors to see where they work. At the Festival of Arts & Ideas in June – celebrating its 20th anniversary this year –performances of every kind, from Shakespeare to African drumming, are mounted. Free pop and jazz concerts draw crowds to the New Haven Green on summer weekends, and in August, the New Haven Open at Yale brings some of the world’s best tennis players to town. Yale teams offer a wide range of games and competitions for fans of every sport.

Hundreds of free concerts and recitals are held on campus during the year, thanks to the School of Music and student organizations, and major productions are presented at the Yale Repertory Theatre, University Theatre, Yale Cabaret, and smaller campus stages, as well as at Long Wharf Theatre, the Shubert Performing Arts Center, and other city venues. Dozens of conferences and guest lectures enrich the intellectual life on campus. Visiting speakers on campus have included comedian Lewis Black, actor Paul Giamatti, Newark (NJ) Mayor Cory Booker, and Nobel Peace Prize laureate Daw Aung San Suu Kyi of Burma.

New Haven has 2,200 acres of parks within the city limits. East Rock Park, about a mile from the center of campus, has 426 acres of trails and fields tucked into its red cliffs. Lighthouse Point, a public beach and park on Long Island Sound, is accessible by city bus. It’s an easy ride by MetroNorth or Amtrak to Manhattan. In fact, 60 trains run daily between New Haven and New York City, and Yale shuttle buses provide a free ride to and from Union Station.

“Beyond our beautiful courtyards is another part of what makes Yale a special place … the city of New Haven,” said Yale President Peter Salovey (PhD 1986, Psychology) in his inaugural address.

Both Yale’s new president and its mayor, Toni N. Harp (MEnvD 1978), came to New Haven for graduate studies at Yale, met their spouses on campus, and decided to stay. Both plan to continue the legacy of cooperation that has been a hallmark of the past two decades under the leadership of Yale President Emeritus Richard C. Levin (PhD 1974, Economics) and longtime New Haven Mayor John DeStefano Jr., who stepped down last year.

The epicenter of town-gown partnerships is Yale’s Office of New Haven and State Affairs [http://onhsa.yale.edu/], headed by Vice President Bruce Alexander (Class of 1965). ONHSA coordinates economic and educational initiatives as well as enhancements to the commercial downtown and residential neighborhoods.

The University supports local youth, dedicating several million dollars a year to programs for young people in New Haven and the region. Every year more than 10,000 public school children participate in academic, creative, athletic, and social development programs on campus, and over 1,000 Yale people work in educational partnership programs across the city. Yale is the primary donor for scholarships offered by New Haven Promise [http://newhavenpromise.org/] and will provide up to $4 million every year for city residents who graduate from New Haven’s public schools and attend college in Connecticut.

Neighborhoods around town have come to life with help from Yale investment, which in turn encourages private development. Adjacent to campus, the Dixwell area now has Yale’s Rose Center (home to the Dixwell-Yale Community Learning Center and the Yale Police), Yale Health, a public park, and New Haven Reads (see separate article). New Haven’s economic growth is also visible in Newhallville at Science Park, former site of the Winchester gun factory — a major 19th- and 20th-century employer whose buildings stood vacant for years. It is now home to Winchester Lofts, science-based start-up companies, and some Yale administrative units. Elsewhere in the city, Winstanley Enterprises is constructing a building at 100 College Street that will create a bridge between downtown and the medical center area. The new building will be headquarters for Alexion Pharmaceuticals, a global company launched in Science Park in 1992 by Leonard Bell (M.D 1984), then an assistant professor at the Yale School of Medicine. Bruce Becker (MArch/MBA 1985) built a 500-unit, 31-story apartment tower at 360 State Street, with an upscale grocery store on the ground floor. 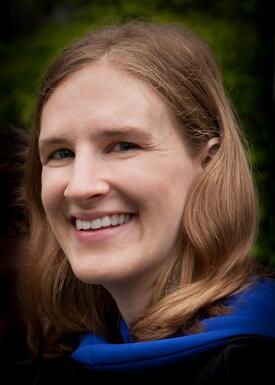 Another downtown innovation, the Grove [https://grovenewhaven.com/] at 760 Chapel Street, calls itself a “new kind of space,” and describes its members as “value-driven, collaborative people building innovative solutions for a radically better world. They come from every profession, background and culture, work in non-profits, for-profits, or the many shades in-between, and bring in diverse skills, tools, and experiences – yet, what unites them is their intent, passion and commitment to make a positive difference and tackle pressing issues.”
Home:

According to Kelly O’Donnell (History of Science and Medicine), who grew up in Philadelphia, “at first I thought that New Haven was very small. I have come to appreciate that it is walkable and never overwhelming, but yet still has basically everything I’d want in a city.” Kelly has lived in East Rock for over four years. Her favorite coffee shop is Woodland’s (now BNatural Café) on Chapel, and her pizza of choice comes from Modern, on State Street. She especially values easy access to the cinema: “One of my favorite things to do during the week when I just can’t work anymore is walk over to the Criterion and buy a ticket for whatever movie is playing next. The year I read for my exams was also the year I was best prepared to watch the Academy Awards.”

Emily Stoops (PhD 2013, Cell Biology) lived across from the Omni Hotel for five years, close to “the hustle and bustle that I like being around,” she says. New Haven has “so many good things packed into one small space,” she says. In her final year, she moved into “an amazing historic building in the Wooster Square neighborhood. I absolutely loved my time there.”Emily’s overall evaluation: “New Haven has enough to keep you entertained without the hassle of a major city, but you’re also close enough to NY or Boston to get away.”

A native of Alaska, Faustin Carter (Physics) liked the city so much that he bought a house in the Beaver Hills neighborhood at the end of his first year of graduate school. He calls it “a really nice, friendly neighborhood that is walking distance (25 minutes) from campus.” All year round, he hikes and bikes in West Rock Park, East Rock Park, and even Sleeping Giant in Hamden. When he wants to kick back, he goes to GPSCY, and recommends restaurants that Livability.com never even mentioned: Prime 16 for burgers, La Cosinita for Mexican food, and as for pizza, Faustin spurns the big three (Sally’s, Pepe’s, and Modern) and votes “BAR. Hands down. Second best is Abate’s.”