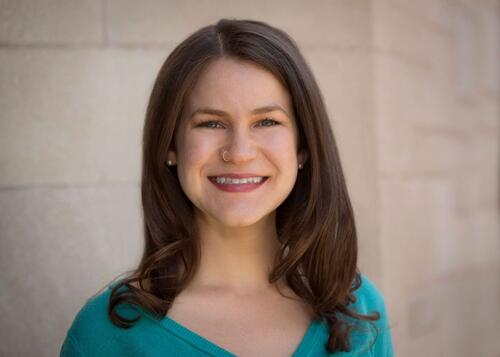 Monica Rosenberg (Psychology) has been selected by Forbes magazine as one of this year’s “30 under 30 in Science,” a list honoring outstanding scientists who represent “the brightest young entrepreneurs, innovators and game changers,” according to the magazine. Now in its sixth year, the 30 Under 30 lists highlights people in a range of categories “who are challenging the conventional wisdom and rewriting the rules for the next generation…. Their goal is nothing short of breaking the status quo and transforming the world.”

Rosenberg’s research explores how people pay attention and why they lose focus. She hopes to use insights from cognitive neuroscience research to improve attentional abilities. Her adviser is Marvin M. Chun, the Richard M. Colgate Professor of Psychology.

“Attention is crucial for navigating daily life, and the ability to focus differs dramatically among people,” she says. “Surprisingly, however, researchers do not have a way of characterizing overall attention function.” Rosenberg’s work demonstrates that a person’s unique pattern of functional brain connectivity (synchronous activity observed across distinct regions of the brain) may provide such a measure. Her research shows that models based on brain connectivity patterns can predict how well an individual is able to focus in a variety of contexts, from how well they perform on lab-based attention tasks to whether they have symptoms of attention-deficit hyperactivity disorder (ADHD). These patterns can be observed as individuals simply rest in an MRI scanner, “meaning that models can predict attentional abilities from brain data collected while people are not performing any explicit task,” she says. “In the future, connectivity-based biomarkers of attention and cognition may potentially improve clinical diagnosis and treatment and provide new insights about the nature of these processes.”

Among Rosenberg’s previous honors are an American Psychological Association Dissertation Research Award and a Best Talk Award for her presentation at the Object Perception and Memory Workshop. In addition, she won a Brains, Minds, & Machines Workshop Fellowship from the Marine Biology Laboratory and a National Science Foundation Graduate Research Fellowship.

Rosenberg is first author of several published articles, including “Characterizing attention with predictive network models,” in Trends in Cognitive Sciences (2017), and others published in the Journal of Neuroscience, Nature Neuroscience, NeuroImage, and Attention, Perception, & Psychophysics.

Born in Texas and brought up in Rhode Island, she first became interested in cognitive neuroscience in high school after reading a Time magazine cover story, “Inside the world of autism,” and stumbling across Brown University’s Cognitive and Linguistic Sciences building in quick succession. A few years later, she enrolled at Brown, where she studied cognitive control and memory with David Badre. After graduating, Rosenberg worked as a research assistant at the Boston Veterans Affairs Hospital for two years, where she examined how and why attention waxes and wanes over time.

In her free time at Yale, Rosenberg has represented the Department of Psychology in the Graduate Student Assembly and enjoys reading and playing tennis.