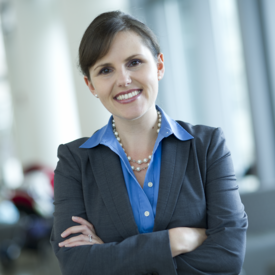 In her dissertation, advised by Stathis Kalyvas, Elisabeth Wood, and Susan Stokes, she argues that “Although civil wars are commonly assumed to produce disorder,” they can also produce order, “shaping the ways that civilians provide for their own security in the wake of war.” Since the end of the Guatemalan civil war (1960-1996), the country’s violent crime rate has skyrocketed, and few Guatemalans trust the state to protect them. Instead, some communities have developed a system of organized, collective vigilantism: security patrols roam the streets at night, and people “routinely gather to cheer the public torture and lynching of alleged criminals,” she says. “In other communities, individuals act independently to deter crime and to avenge wrongs, swiftly and secretly executing their antagonists.”

Bateson finds that variation in systems of vigilantism today can be traced back to local experiences during the civil war.

“Communities that experienced high levels of violence and combat during the war are likely to engage in collective vigilantism today,” she has found, whereas communities that were less affected by the war are more likely to engage in individualistic forms of vigilantism. She theorizes that the war “heightened local residents’ sensitivity to threats of violence, and made them more likely to perceive threats as collective; established new beliefs about the strategic utility of spectacular, demonstrative punishment; and created durable new local institutions, such as the civil patrols, that facilitate collective vigilantism.”

In 2013, Bateson’s article, “Crime Victimization and Political Participation,” won the American Political Science Association’s Heinz I. Eulau Award for the best article published in the American Political Science Review in the previous year. The article is based on a separate area of research distinct from her dissertation project. Crime victims are often assumed to be disengaged and disempowered, but using survey evidence from 70 countries, Bateson shows that this conventional wisdom is wrong. Instead, recent crime victims are more politically active than their peers, and they are more interested in politics. Victims, she argues, should be re-conceptualized as potential activists. This finding has important implications for the study of crime and politics and for theoretical understandings of the consequences of victimization.

Originally from Northern California, Bateson received her BA from Stanford University. Before coming to Yale, she was a Foreign Service Officer for the U.S. Department of State, 2004–2006, serving at the U.S. Embassy in Guatemala City. Her time in Guatemala spurred her interest in Central America, crime, victims’ experiences, and the consequences of violence, and she returned to conduct fieldwork in Guatemala in 2008, 2009, and 2010.

As a graduate student, she was an ODEO mentor and a McDougal Public Service Fellow. She also worked as a Spanish-English interpreter for the Jerome N. Frank Legal Services Organization at Yale Law School, and she volunteered with JUNTA for Progressive Action in Fair Haven and Integrated Refugee and Immigrant Services (IRIS) in New Haven. While at Yale, Bateson was a National Science Foundation Graduate Research Fellow. Her research was also supported by numerous fellowships and programs at Yale, including the MacMillan Center for International and Area Studies; the Leitner Political Economy Program; the Program on Order, Conflict, and Violence; and the Center for Latin American and Iberian Studies. At MIT, Bateson teaches classes on research methods, comparative politics, and Latin American politics. She lives in Cambridge, Massachusetts, with her husband, their toddler son, and their exceedingly patient cat.