Eric Rutkow (History), a graduate of Yale College and Harvard Law School, has written a ground-breaking book, American Canopy: Trees, Forests, and the Making of a Nation (Scribner, Simon & Schuster, 2012). 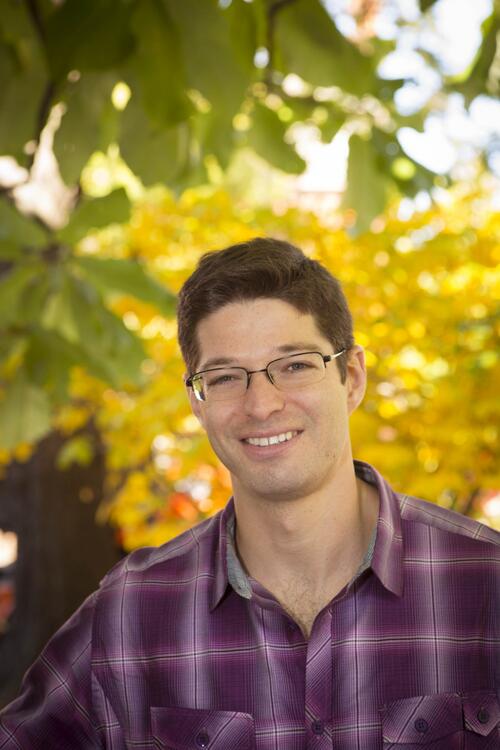 To Eric, “Much of American history has been defined by trees,” a fact, he argues, that “has been easy to forget.” He calls the relationship between people and trees “one of the great drivers of national development,” like immigration, the legacy of slavery, and the development of free market capitalism, but unlike those other factors, trees haven’t been given the attention they are due. His book, written for a general audience, corrects that omission. In it, he vividly shows how trees have been intertwined with the development and expansion of America across four centuries, from the first European settlers to today. America started as a nation of people frightened of the deep, uncharted forests, then grew to rely on these same trees for progress and profit, he explains. By the end of the twentieth century, environmental scientists came to understand that trees could prove crucial in addressing global warming. And only last March, the U.S. Forest Service finalized its first new planning rule in three decades, now allowing greater local flexibility over forest management and balancing commercial and non-commercial uses.

“The creation of every horseshoe, wagon, carriage, gun, bottle, ship, train and early airplane required trees. Every mine, corral, stockyard, tannery, mill, refinery, dock, barge, telegraph and telephone line, and early oil derrick required trees,” he writes in the book’s introduction. Without the country’s vast and varied forests, there would have been no railroads, stockyards, wagons, barrels, furniture, newspapers, rifles, or firewood. No shingled villages or whaling vessels in New England. No major cities. No mythic icons like Johnny Appleseed, Paul Bunyan, or Daniel Boone. No Allied planes in World War I, and no suburban sprawl in the middle of the twentieth century. More than 2.5 million Americans hold jobs directly dependent on trees, turning timber into lumber and paper, harvesting fruits and nuts, and more. Millions of acres of trees stabilize shaky soil and convert carbon dioxide into oxygen, sustaining the environment.

Eric’s book tells fascinating stories about the Liberty Trees, where colonists gathered to plot rebellion against the British; the creation of New York City’s Central Park; the fire of 1871 that killed a thousand people in a lumber town in Wisconsin; the attempts to save the American chestnut and the American elm from extinction; the fight to import and plant cherry trees in Washington, D.C.; and the controversy over spotted owls and the old-growth forests they inhabited. He writes about the efforts of early conservationists from Emerson and Thoreau to Yale alumnus Gifford Pinchot (1865-1946), the founder of American forestry, who brought millions of acres under government control and popularized the view of forests as a resource to be conserved and renewed.

Eric is writing a dissertation investigating environmental themes in U.S. history. He is interested in exploring “the relationship between twentieth century American economic expansion and natural resources, particularly those located abroad,” he says. His adviser is Glenda Gilmore. Gil Joseph, Naomi Lamoreaux, and Paul Sabin are also on his dissertation committee.