Shakespeare and Racial Identity on Stage 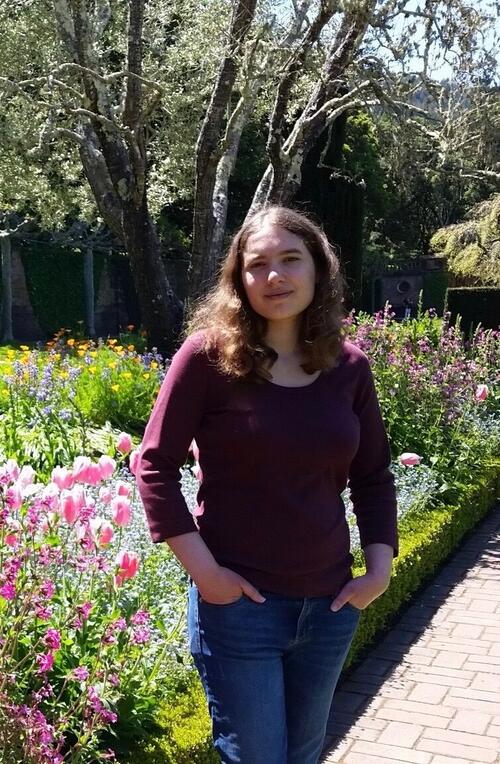 Emily Glider (English) is interested in the depiction of race in Shakespeare’s plays. “Working with drama as opposed to other literary media poses unique problems of interpretation, because so much of a play's life is off the page,” she says. “The text, after all, gestures towards an embodied performance spectacle shared by actors and their audiences. Much that we would like to know about early representations of racialized characters such as Caliban, Ariel, Othello, and Aaron the Moor (an African mercenary in Titus Andronicus) remains difficult to recover.”

Little evidence remains to tell us how Shakespeare’s characters were interpreted in his lifetime, “but because the Shakespeare canon has been such an active presence in contemporary culture from the mid-18th century to the present, drawings, paintings, and performance memorabilia offer a promising lens through which to view the long historical trajectory of these figures in the modern imagination. I found some wonderful (and sometimes horrifying) depictions of Shakespeare’s African characters that pose interesting problems concerning the plays’ shifting social meaning across several centuries of reinterpretation.” 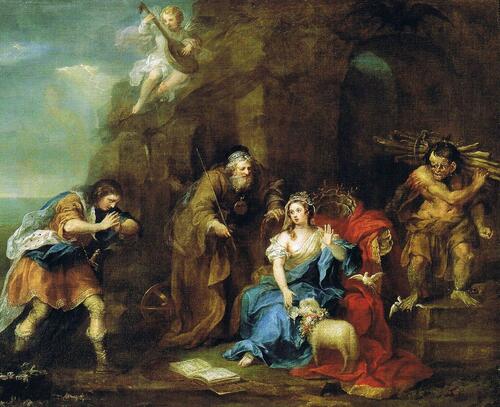 The misshapen slave Caliban is a character that has troubled and intrigued many modern critics. In The Tempest, Caliban’s master Prospero calls him a “moon calf” and a figure “not honour'd with a human shape.” So what is he? Caliban is the son of a blue-eyed North African woman, Sycorax. He is likened to the indigenous populations of the Americas. “Critics have debated how early modern audiences would have understood Caliban’s racial identity, including their access to information concerning ‘new world’ colonialism and the emerging slave trade,” Glider says. 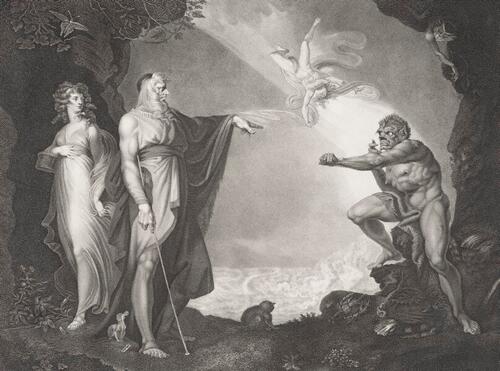 Over a number of years, Glider has  collected images of drawings, paintings, and book illustrations depicting Shakespeare’s Caliban. She examined those and other 18th and 19th-century illustrations showing scenes from The Tempest to see how artists pictured him and found that representations from the early to mid-18th century, such as Hogarth’s “Scene From The Tempest,” show Caliban “as a kind of bogey, sprite, or water demon, a figure of fantasy.” In contrast, by mid- to late-18th and early 19th century, the character looks “distinctively human and racially marked, positioning Caliban as a figure of the colonial ‘other’ and the play as a drama of imperial conquest.” Based on her research, she wrote “Caliban in Portraiture and Illustration, 1730-1850.” 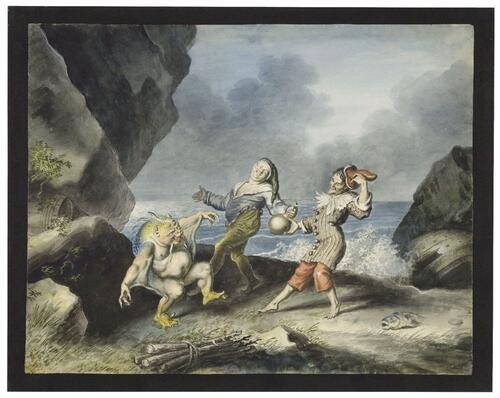 In “James Hewlett in Theater Portraiture: The Self-Fashioning of the First Black Shakespearean Actor,” Glider took another look at race in Shakespeare. She researched one of the early stars of the African Company, a pre-Civil War African-American theater troupe that performed in New York. “They got started in an upstairs room above a former drinking establishment and performance space belonging to William Alexander Brown, a free black New Yorker who would go on to manage the troupe for almost a decade, from 1821-1829. The company initially advertised to a developing urban African-American middle class, but it gradually drew in a broader multiracial audience, which at once represented an asset, allowing the company to expand its operations and move closer to the center of the theater district, while also creating immense obstacles, as crowds of young white ‘rowdies’ (underwritten, Brown suspected, by the manager of the rival Park Theatre) interrupted performances with violent outbursts.” The company was plagued by riots, police harassment, and attempted crackdowns by the local community. 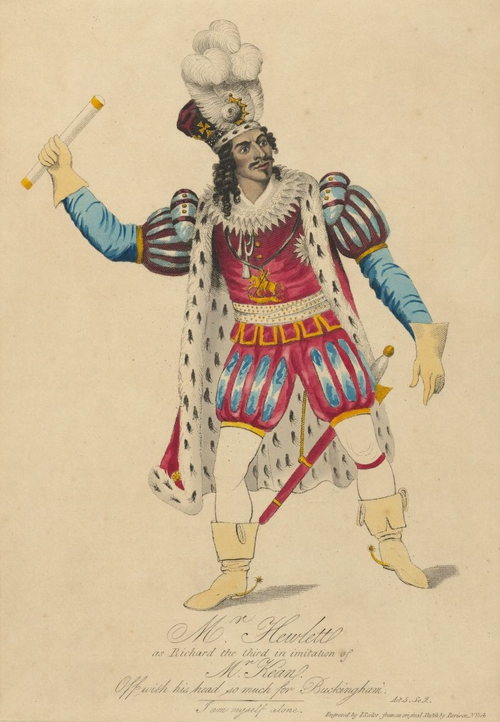 Hewlett, the company’s principle star, had his portrait printed in bulk to be distributed at a solo show at the Military Hall in December of 1827, for which he anticipated an audience of more than a thousand spectators. The portrait shows him in the role of King Richard III, a figure popularized by the British actor Edmund Kean on his 1821 international tour, the year that Hewlett first starred in the role. All Shakespearen characters, including the black ones, were traditionally played by white actors. Glider analyses the portrait in relation to contemporary Shakespeareana and performance memorabilia depicting British actors like Kean and David Garrick, as well as emerging representations of black performers and black-face performers, a genre just emerging in the late 1820s. She poses some questions concerning Hewlett’s self-representation, “as he takes on the role of a European monarch in imitation of contemporary Shakespearean stars beside a black cast on a developing, white-dominated American stage.”

Glider grew up in the San Francisco bay area and majored in “Literatures in English” at the University of California, San Diego. For fun, she likes to read, especially long Victorian serial novels.