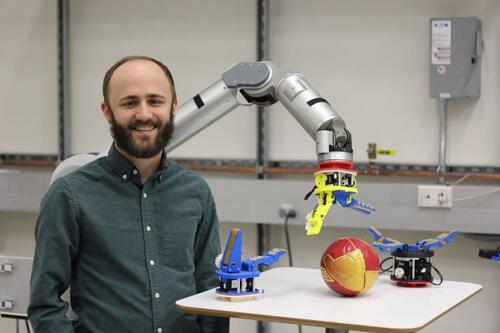 Walter Bircher (Engineering and Applied Science) was selected to receive a Lester C. Lichty Fellowship in Mechanical Engineering for 2016-17. When his mother, Mary Bircher, saw the letter from Dean Cooley congratulating him on the award, she was taken by surprise.

“I instantly recognized the name Lichty; my great-grandmother was Ada Bertha Lichty of Elk Lick, Salisbury, Pennsylvania,” she wrote in a letter to the Dean. “I remembered that several years ago my mother described a photo to me… from a very old scrapbook that was from Ada Bertha Lichty's home in Pennsylvania. The photo is a picture of two young girls.” On the back, above printed information about the photography studio in Hebron, Nebraska, where the picture had been taken, someone had written “Jake Lichtys.”

“I concluded that because this photo 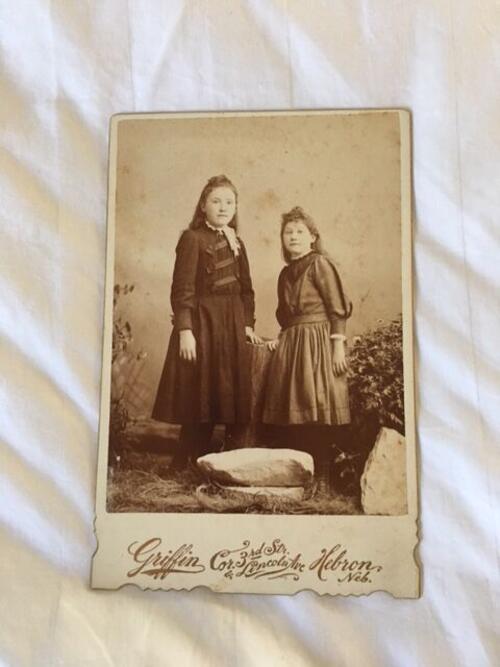 made it half way across the country so many years ago, my Pennsylvania Lichtys had a strong connection with some Lichtys in Nebraska.”

Mary Bircher discovered that both her family and Lichty’s had both lived in Elk Lick, Pennsylvania. At some point, Lichty’s family moved to Hebron, Nebraska. She was able to trace them back to Jacob Peter Lichty, who was born in Switzerland in 1730 and died in Pennsylvania in 1788. Jacob Peter had approximately 13 children. One son, Joseph Jacob, 1759-1847, was Lester Lichty’s great-great grandfather. Another son, Christian John Lichty, 1764-1836, turned out to be Walter Bircher’s 5th great-grandfather.

She sent genealogy charts tracing the family history that links her son to the professor for whom the fellowship was named, and wrote: “I have to think, what are the chances of this? I think of the connections we all share worldwide, and what a wonderful gift it is to be able to see and imagine the many ways we are all connected.”

Walter’s response to the information was, “What a wild coincidence!”

Another neat coincidence: both men grew up in Nebraska and earned their undergraduate degrees from the University of Nebraska: Lichty in 1913 and Bircher, 101 years later.

Bircher is a National Science Foundation Graduate Research Fellow conducting research in the GRAB Lab, headed by Aaron Dollar, the John J. Lee Associate Professor of Mechanical Engineering and Materials Science. GRAB stands for Grasping and manipulation, Rehabilitation Robotics, And Biomechanics. Bircher currently works to improve the manipulation capabilities of robotic hands. Prior to coming to Yale, he designed miniature surgical robots at the Center for Advanced Surgical Technologies at the University of Nebraska-Lincoln, under the direction of Dr. Shane Farritor. He has also worked at Honeybee Robotics, Tethon3D, and the NASA Jet Propulsion Laboratory.

When not in the lab, he likes to write low-quality poetry, lobby his Nebraska lawmakers, make extravagant bowls of oatmeal, and play the banjo.