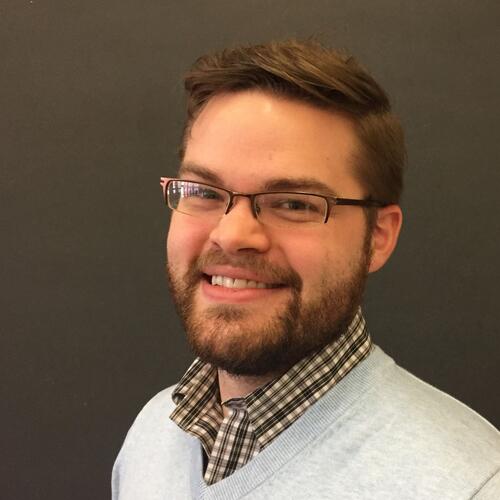 When Justin Randolph transferred from an Alabama community college to the University of North Carolina at Chapel Hill, he thought he knew exactly what he would do with his life and his education.

“I was going to become a physician,” he said with a chuckle. “Because that’s what you do when you’re a first-generation college student!”

A deep and abiding interest in history intervened, however. Randolph had always liked studying history, and he felt like he couldn’t avoid it in college. He fell in love especially with African-American history and the history of the civil rights movement.

Randolph knew he wanted to go on to graduate school and continue studying Southern history. He also knew, however, that he didn’t want to go straight on to graduate school without some experience outside of a university setting. He did a year of service with the AmeriCorps program City Year in Philadelphia, working with students at a public middle school.

“For someone who struggled through school in his own way, it was great to be able to assist these students,” Randolph said. “And of course, working in a segregated, urban public school is its own dose of reality.”

Once at Yale, Randolph had the support of a strong American history program and began to undertake his own research in earnest. While doing archival research at the University of Southern Mississippi, he discovered a cache of documents relating to the activities of the Mississippi highway patrol during the civil rights movement.

In his paper titled “Incarceration Summer, 1964:  The Mississippi Highway Patrol and the Roots of Rural Mass Incarceration,” he charts the history of the Mississippi state police from its beginnings to the post-Jim Crow era.

“Before the civil rights movement, state law limited troopers to enforcing traffic laws on state highways. The Patrol received massive police powers in 1964, which were eventually granted in perpetuity,” Randolph said. “The Patrol immediately doubled in size, and deployed these powers to thwart and suppress virtually every effort at mobilization by civil rights workers. Mississippi brought this expanded police capacity into a post-Jim Crow era marked by national consensus on law, order, and a punitive war on drugs.”

Randolph’s paper was awarded the William F. Holmes Award from the Southern Historical Association, with award committee members praising Randolph’s paper for “extend[ing] backwards some of the best insights of new scholarship on mass incarceration” and “illuminat[ing] a new facet of the civil rights struggle in 1964.”

“Most studies of incarceration focus on urban areas and most studies of civil rights in Mississippi focus on the Delta.  Randolph’s local, grassroots attention to northeastern Mississippi enables him to trace in this rural area generations of black and white families who vied for power, economic security, and power at each others’ expense,” said Glenda Gilmore, the Peter V & C Vann Woodward Professor of History, and one of Randolph’s mentors. “Through manipulation of the carceral process on the local and state level, whites confined black people in real and metaphorical ways, mounting an incredible surveillance initiative during the 1960s and 1970s.  African Americans adapted strategies across generations to escape this white gaze and its consequences, including imprisonment.  It is as if Michelle Alexander’s statistics in The New Jim Crow have been set down in rural, northeast Mississippi and embodied in real lives.”

Currently, Randolph is focused on bringing some of the lessons and tools he used in his research to Yale undergraduates. As a fourth year Ph.D. student, he is a teaching fellow for American Environmental History class.

“I see a huge hunger among the undergraduates for the tools of history,” he said. “And not just among humanists—future lawyers or journalists or graduate students. It’s widespread, in this political climate.”