Camille Cole (History) published an article this fall in the Journal of Social History titled “Precarious Empires: A Social and Environmental History of Steam Navigation on the Tigris.” (http://jsh.oxfordjournals.org/content/early/2016/04/19/jsh.shw011.abstract)

“Throughout most of the nineteenth century, 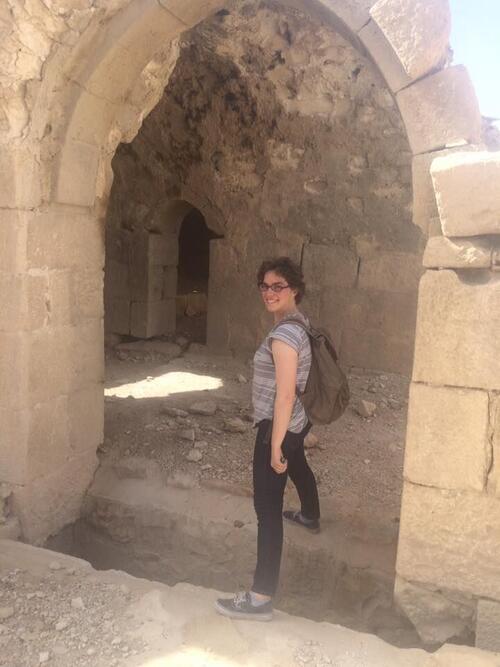 steamships were the main tool of British informal imperialism in what is now southern Iraq,” she says. “Despite that centrality, steam shipping on the Tigris was primarily characterized by environmental and political precariousness.”

“Precarious Empires” explores the Lynch Company, which operated steamships on the Tigris beginning in 1861. Cole examines the political controversies surrounding irrigation and the expansion of the fleet as a way to understand the “complex relationship between ecological vulnerability and the practice of empire and diplomacy.”

Cole finds that “On local and international levels, environmental and political issues were intertwined, and steam shipping was crucial to both. The precarious technology… is indicative of a kind of empire in which the environment significantly shaped the possibilities of imperial intervention.”

Cole’s article provides new insights into the role of steam navigation in both the British and Ottoman empires and analyzes how they dealt with the imposing environmental challenges of southern Iraq. She further demonstrates how local power brokers used their knowledge of the region’s ecology to counter and even take advantage of imperial machinations.

Her dissertation, tentatively titled “Navigating Multi-Imperial Space: Technology, Networks of Capital, and Modernity in Late Ottoman Iraq,” looks at the power dynamics and forms of modernity in what is now southern Iraq and Iran that were produced by the overlap of the Ottoman, Iranian, and British Indian states, with a focus on industrial technologies and networks of local capitalists. Her adviser is Professor Alan Mikhail, whom she calls “one of the pioneers of Ottoman environmental history.”

Cole grew up in New Jersey and earned her bachelor’s degree from Pomona College, where she took a course in Arabic “essentially on a whim.” A documentary she saw in that class about the southern Iraqi marshes intrigued her and led, eventually, to her current area of specialization. After college, she was a Gates scholar and earned an MPhil in Historical Studies at Cambridge University. She chose Yale for graduate school “partly for my adviser, and partly because I felt Yale had a unique set of resources in terms of faculty and graduate students interested in environmental and agrarian history as well as in the Middle East.”