Studying Jainism and Its Tantric Ritual Diagrams in India

The first time Ellen Gough (Religious Studies) went to India, “It was hard to find something that didn’t surprise me,” she says. “From the endless bureaucracy (it took me eight hours sitting in a bank to open an account) to the gang of monkeys attacking me outside a temple, India has been a constant challenge. But I have also been blown away by the generosity of the people I’ve met. I can’t tell you how many strangers have invited me to their weddings or into their homes for chai.” 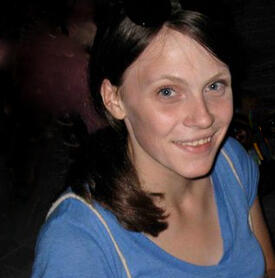 That first trip to India was in 2005, under the auspices of the University of Wisconsin’s College Year in India program. Since then, she’s been back several times and spent a year in Jaipur as part of the American Institute of Indian Studies Hindi program. In January, Ellen will head back to Jaipur in north India for twelve months to undertake doctoral research, funded by a Fulbright-Hays Doctoral Dissertation Research Abroad grant.

Her dissertation, “Tantra in the Temple: Jain Supernatural Powers in History, Ritual, and Visual Culture,” explores an unusual branch of an unusual religion. Her adviser is Phyllis Granoff. Jainism is a religion founded around the fifth century BCE by a teacher named Mahavira. “Jainism stresses the need for strict asceticism and non-violence to all living beings in order to achieve liberation from the continuous cycle of life and death,” she explains. The ideal Jain lifestyle requires vegetarianism, fasting, celibacy, and the renunciation of all possessions. It is a minority tradition in India, with about 4.8 million followers out of a total population of over 1.22 billion. Despite being outnumbered by Hindus and Buddhists, “Jains, often because of their significant wealth, have exerted a disproportionate influence on the art, literature, and philosophy of India for well over 2,000 years.”

In stark opposition to the traditional Jain lifestyle, “Tantra is a (problematic) term for a variety of beliefs and practices that allow for, and often encourage, the rejection of these orthodox teachings in order to achieve liberation. Tantra, which was adopted by followers of all the classical religious traditions on the subcontinent from the early medieval period onward, is known for its promotion of meat-eating, wine-drinking, illicit sex, initiation into esoteric cults, and the use of “magical’ invocations (mantra) and diagrams (mand’’ala, yantra).” 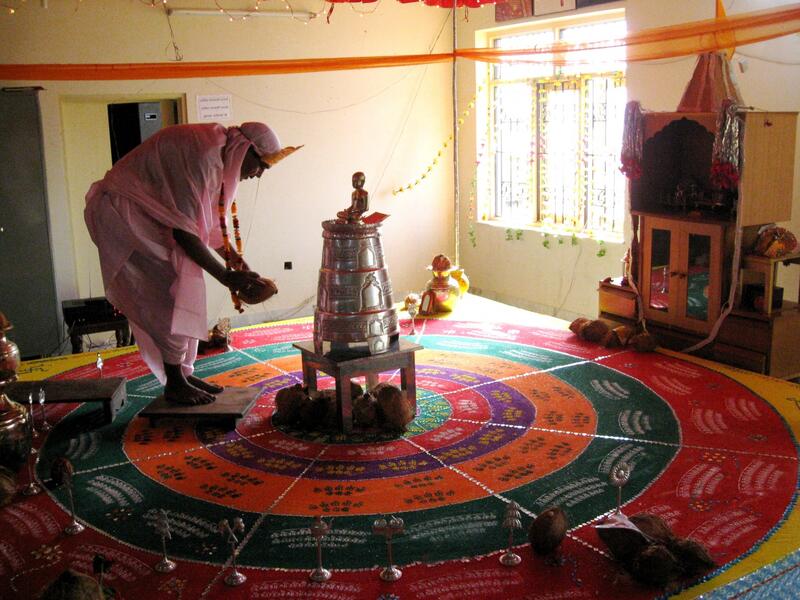 Ellen’s project looks at the historical development and contemporary uses of one of these Jain invocations that has been inscribed on a variety of ritual diagrams since the thirteenth century. Composed in Prakrit, the sacred language of Jainism, the mantra praises Jain ascetics who gained supernatural powers through meditation and self denial. Her approach will combine textual analysis, ethnographic fieldwork, and the study of visual culture to explore the uses and interpretations of this mantra from the medieval period to the present day.

“These diagrams are at the center of a variety of rituals, including mendicant initia- tions, image consecrations, and lay festivals,” she says. “It is thought that practitioners who recite these praises can obtain the supernatural powers such as flight and clairvoyance honored in this mantra.” Ellen first became interested in Jain Tantric diagrams five years ago, when she saw one for sale at a shop next to a Jain temple just outside of Jaipur. “It looked like a board game to me. I had no idea what it was, so I wanted to figure it out.” Her article about that ritual diagram was published recently in the International Journal of Jaina Studies.

Many of the Jain Tantric texts remain unpublished and its rituals undocumented. Ellen will travel around India to collect Sanskrit and Prakrit manuscripts. She will observe rituals in which Tantric diagrams are used, such as festivals at which lay people form the diagrams out of colored powder and “make offerings to ensure wealth and prosperity in this life and eventual liberation.” On previous trips, she found Jains to be “incredibly helpful during my research. I have been given dozens of books off the shelves of Jain households, and one family drove me ten hours to visit a pilgrimage site.”