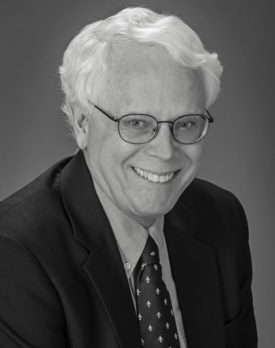 Apgar is also a scholar, whose first book, L'Art Singulier de Jean Huber: Voir Voltaire (Adam Biro, 1995), was based on his Yale dissertation about an 18th century Swiss artist, Jean Huber (1721-1786). Huber, “among many other talents, produced witty images of Voltaire in various media,” Apgar notes. “Some of Huber’s superb free-hand cut-out portraits of Voltaire and other figures are among the holdings at the Lewis Walpole Library in Farmington.” Other scholarly publications include an article in Voltaire Chez Lui: Genève et Ferney (Skira, 1994) and the principal essay in The Newspaper in Art (New Media Ventures, 1996). A co-founder and secretary-treasurer of the Voltaire Society of America, he co-authored the documentary Voltaire and Jefferson: The Sage of Ferney and the Man From Monticello (Princeton: Films for the Humanities & Sciences, 2001).

So how did he come to write about Mickey Mouse?

“As a boy, my goal was to be a political cartoonist,” Apgar says, and over the years, his cartoons and articles have appeared in Le Figaro, L'Express, Pilote, Le Monde, Paris Metro, The New York Times, Weekly Standard, Master Drawings, Apollo, and Art in America.

“I appreciated Mickey Mouse and the Disney films that I saw (notably, Snow White and the Seven Dwarfs, The Wind in the Willows), but I was much more into Mad magazine. Still, growing up and as an adult, I was sensitive to most things Disney and his impact on the culture. Popular culture (cartoons, music, movies, TV, etc.) has always interested me.”

After serving in the U.S. Marine Corps, Apgar spent four years as a staff artist and political cartoonist for the Roanoke Times in Virginia. Then he decided to try his luck as a freelance cartoonist in Paris.  He had been a French major in college, spoke the language, and had friends in France, including a senior writer with Le Monde. 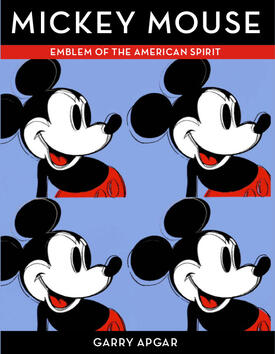 Apgar enrolled at the Sorbonne, supported by the G.I. bill, and wrote his master’s thesis on cartoons and caricatures of Voltaire. On the side, he contributed drawings and articles to an English-language publication akin to the Village Voice, called Paris Metro.

“In one of those articles – which I illustrated – I compared Mickey Mouse and Charles de Gaulle as iconic figures of their respective cultures.” That was his first intellectual foray into the world of Disney.

After a few years in France, Apgar came to Yale for his PhD. Following graduation, he taught art history in several colleges and universities in the U.S. and, for a year, in France. Then, in 1997, he participated in a panel on Walt Disney at the annual College Art Association meeting. The paper he read at the session, “The Meaning of Mickey Mouse,” was published in 1999 in an academic journal.

The two Mickey Mouse books evolved from that paper.

“My initial thought was to write an extended essay about Mickey Mouse as a pop icon, illustrated with images like New Yorker and Mad magazine cartoons and fine art by Claes Oldenburg and Andy Warhol. That, I thought would be easy to do, fun, and amusing for the reader. However, as I dug further into the subject the length and depth of the text grew like Topsy. The book proved to be much longer, the content much more complex, the themes far richer than what I'd originally envisioned.”

Apgar found a number of Yale connections: Yale gave Walt Disney an honorary Master of Arts degree in 1938. Alumni referred to the mouse in their works: Cole Porter mentioned Mickey in “You're the Top,” Oldenburg created various versions of the Geometric Mouse, and William F. Buckley said that Walt Disney World in Orlando proved “that the best pleasures are innocent.” All these references found their way into the book. 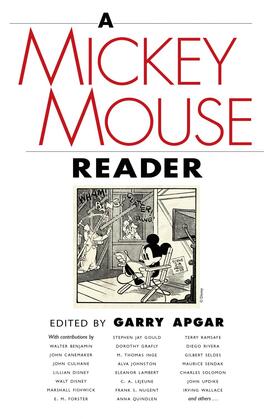 “I tried to treat this material exactly as I would treat the work of any other great artist — Goya, Manet or Picasso, for example,” Apgar says. “As I wrote the book, I came to realize how truly important Disney was, and what an admirable and fascinating man he was personally. There has never been a more consequential person in our culture. And Mickey Mouse, widely regarded as Walt's alter ego, embodies everything that Disney did, in addition to being an ‘emblem of the American spirit.’”

Mickey Mouse: Emblem of the American Spirit contains 323 illustrations, including work by Maurice Sendak, David Levine, Charles Schulz, Thomas Hart Benton, Andy Warhol, and more. Two of the images are by Yale College alumnus Robert Grossman (BA, 1961). It chronicles the life and times of Disney’s signature character, beginning with his debut in 1928 in Steamboat Willie at the tail end of the Jazz Age and into the Depression, and traces his impact on the realms of high art, literature, and politics, both in the United States and abroad.

“One thing I'm proud of in the book, as an art historian, is the way I compare the graphic evolution of Mickey Mouse with the standard textbook stages of Greek art, from the Archaic to the Classical to the Hellenistic styles. My inspiration for this bit of academical whimsy had its seed in a seminar taught by Jerome J. Pollitt, a man who was not only, in every way, the beau idéal of a Yale professor, but a gentleman with a fine sense of humor as well,” Apgar says.

A Mickey Mouse Reader is an anthology of essays, including pieces by Diego Rivera, E. M. Forster, Stephen Jay Gould, Anna Quindlen, Maurice Sendak, John Updike, and Walt Disney himself, among others.