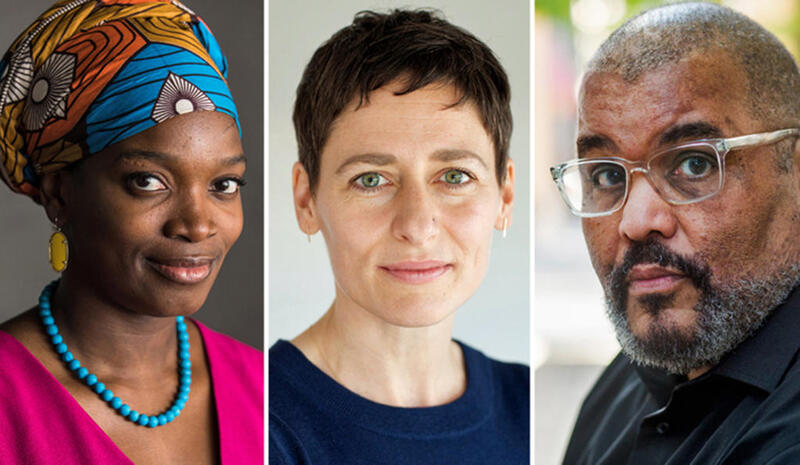 The MacArthur Fellowship — informally known as the “genius grant” — is a $625,000, no-strings-attached award to “extraordinarily talented and creative individuals as an investment in their potential,” according to the MacArthur Foundation. The fellow are chosen on the basis of three criteria: exceptional creativity, promise for important future advances based on a track record of significant accomplishments, and potential for the fellowship to facilitate subsequent creative work. The MacArthur Foundation awards fellowships directly to individuals rather than through institutions, and the fellows can use their award to advance their expertise, engage in new work, or even change fields or alter the directions of their careers.

Nominees are brought to the program’s attention through a changing pool of external nominators chosen from a broad range of fields and areas of interest. Nominations are evaluated by an independent selection committee composed of about a dozen leaders in the arts, sciences, humanities professions, and for-profit and nonprofit communities. Typically, 20 to 30 fellows are selected each year. Since 1981, 989 people have been named MacArthur Fellows.

“From transforming conditions for low-wage workers to identifying internet security vulnerabilities, from celebrating the African American string band tradition to designing resilient urban habitats, these new MacArthur Fellows bring their exceptional creativity to diverse people, places, and social challenges. Their work gives us reason for optimism and inspires us all,” says Cecilia Conrad, managing director of the MacArthur Fellows Program.

Crosby, who was raised in Nigeria and now lives in Los Angeles, was described by the MacArthur Foundation as “a figurative painter whose large-scale works express the hybridity characteristic of transnational experience through choices of subject matter, materials, and techniques.” Her works layer paint, photographic images, prints, and collage elements, and often reference her African heritage. “In her explorations of the complexities of forging identity in a globalized society, Akunyili Crosby is developing an inventive yet accessible representational strategy for understanding culture and history from multiple viewpoints all at once,” said the MacArthur Foundation.

Bey is a photographer and educator “whose portraits of people, many from marginalized communities, compel viewers to consider the reality of the subjects' own social presence and histories,” says the MacArthur Foundation. Among his projects is the series “Class Pictures” (2002-2006), a body of work he produced in collaboration with young people and institutions throughout the Unites States, for which students provided written texts about themselves to accompany Bey’s portraits. His “The Birmingham Project” (2013) commemorates the lives of six children killed in the 1963 bombing of the Sixteenth Street Baptist Church and its aftermath in Birmingham, Alabama, through a series of portraits of Birmingham residents whose ages correspond either to the ages of the children killed in 1963 or to the age they would have been 50 years later in 2013. “Through his own work and long-time commitment to educating and mentoring young artists, Bey is redefining the role of photography and portraiture as active agents in the examination and formation of communities,” said the MacArthur Foundation. He teaches photography at Columbia College in Chicago.

Paluck is a Princeton University psychologist “whose studies of social norms and networks are providing new insights into strategies for reducing patterns of discrimination, bullying, and ethnic conflict in contexts ranging from American high schools to post-conflict Rwanda,” the MacArthur Foundation says. She undertook a yearlong field experiment on the use of media to promote ethnic tolerance in Rwanda, concluding that to change behavior, it is more important to target individuals’ perceptions of social norms than their personal beliefs. She and her collaborators also engaged nearly 25,000 students in about 60 New Jersey schools in a series of investigations around bullying, harassment, and prejudice, examining how anti-prejudice interventions that target specific individuals diffuse through groups. Her intervention led to a significant reduction in negative behavior. More recently she has examined the role of institutions in shaping behavior and attitudes. “Patluck’s work has profound implications for the development of policies and tools that can change social behavior for the better and is demonstrating the potential for social psychology principles to address real-world problems on a broad scale,” wrote the MacArthur Foundation.

Full biographies of the Yale alumni and the other 2017 MacArthur Fellows can be found on the program’s website.

The John D. and Catherine T. MacArthur Foundation describes as its mission to support “creative people, effective institutions, and influential networks building a more just, verdant, and peaceful world.” The foundation hopes through its support and programs to address some of the world’s most pressing problems, including over-incarceration, global climate change, nuclear risk, and increasing capital for the social sector. In addition to the MacArthur Fellows Program, the foundation also is committed to the role of journalism in “a responsible and responsive democracy.”