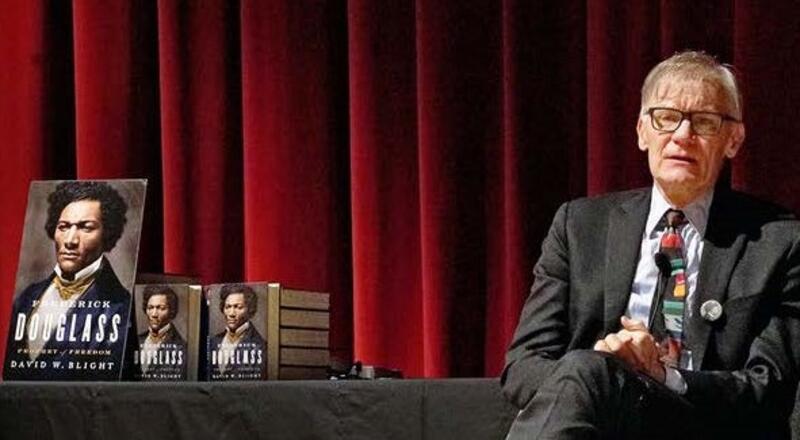 The Pulitzer Board awarded Blight in the history category for his book “Frederick Douglass: Prophet of Freedom.” Sibblies received the honor in the drama category for her play “Fairview.” Stewart, a graduate of Yale and current black studies professor at the University of California, Santa Barbara, won the biography category for his work, “The New Negro: The Life of Alain Locke.” The board presented 21 total awards recognizing excellent journalism and works of fiction, drama, biography, poetry, general nonfiction and music.

“I cannot quite put in words what this means,” Blight wrote in an email to the News. “[The books is] about Douglass and our times. Personally it means hundreds of weekends spent writing are in some way redeemed. And it means I have many people to thank who made this possible. And it means late bloomers have a chance.”

In the announcement, Administrator of the Pulitzer Prize Dana Canedy described Blight’s book as “a breathtaking history that demonstrates the scope of Frederick Douglass’ influence through the deep research on his writings, his intellectual evolution and his relationships.” The Pulitzer is the latest of many accolades that Blight’s biography of Douglass has won since its publication last year. Earlier this month, the book won a Christopher Award, which honored 11 books that “affirm the highest values of the human spirit,” according to the association’s website.

Director of Undergraduate Studies for the Department of History Edward Rugemer said the biography expands upon former works on the life of Douglass through archives made available to Blight from a collector in Savannah, Georgia. Through this new information, Blight’s book details Douglass’ life up until his death. According to Rugemer, many biographies of Douglass give accounts of the abolitionist through the antebellum and Reconstruction periods but do not elaborate on his elderly life. Blight’s biography shows the challenges that Douglass faced later in life as he witnessed the undermining of his abolitionist efforts through the rise of groups such as the Ku Klux Klan and the withdrawal of public support for his cause. It is the first major biography about Douglass in the past 25 years.

“It warrants a Pulitzer because it’s a brilliant account of one of the seminal figures in American history,” Rugemer said. “David is a master craftsmen of history. He’s a great writer and a keen analyst of the American experience.”

Canady described Drury’s play as “a hard-hitting drama that examines race in a highly conceptual, layered structure, ultimately bringing audiences into the actors’ community to face deep-seated prejudices.” The work — which premiered at the SoHo Repertory last year — explores questions of race and privilege and the interpersonal relationships of the Frasier family. The play recently received the 2019 Susan Smith Blackburn Prize honoring English-language female playwrights.

Drury could not be reached for comment Monday evening.

Deborah Margolin, adjunct professor of theater studies, complemented Drury’s use of language to convey truths throughout the play.

“Her work is very funny, and drops down very, very deep,” Margolin said. “She has a remarkable ear for the humanity of the way people speak, for dialogue, and her concerns are of suffering, of family, of connection, love, mortality, community — the very history of us.”

Prior to winning the Pulitzer, Stewart’s book book won the 2018 National Book Award for Nonfiction and follows the life of Alain Locke, who served as the father of the Harlem Renaissance and mentored a variety of artists such as Langston Hughes, Zora Neale Hurston and Jacob Lawrence.

The judges described the biography as “a panoramic view of the personal trials and artistic triumphs of the father of the Harlem Renaissance and the movement [ Locke] inspired.”

“While I am very glad to receive the Pulitzer Prize in Biography, I am even more pleased that the story of this lonely and largely invisible American intellectual now will reach an even larger audience because of this recognition,” Stewart wrote in an email to the News.