The Versatility of a History Ph.D.—One Yale Graduate’s Path 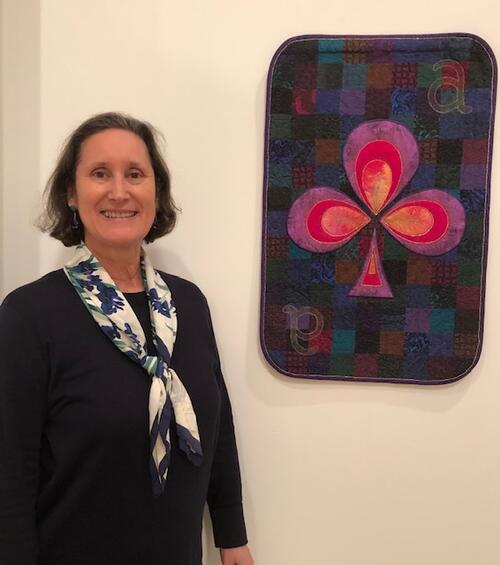 In retrospect, Laura Mitchell describes her decision to leave academia as daring, even though she doesn’t view the trajectory of her non-academic career as being at odds with her academic interests or motivations.

“Sitting in the Library of Congress, doing dissertation research, I realized I wasn’t going on to an academic career. The job market was slim, and my potential search was geographically limited. I knew I was going to have to find a different way to make use of my academic training and mindset. It was a difficult time of discernment. A lot of scholars, myself included, have a real sense of vocation and service. If it seems like you won’t be able to pursue that, it’s a huge blow,” she said, remembering her decision. “However, I realized that right here, where I was doing research, there were these incredible opportunities to do public humanities.” Through a fellow graduate student, she was able to make contacts in Washington, D.C. and ended up working at the National Museum for American History, and putting her Ph.D. in 19th century American intellectual history to good use.

Since her first job out of graduate school, Mitchell has enjoyed a varied career and brought her skills and expertise to a range of organizations. In addition to running a public affairs non-profit organization, she has worked internationally, and served as the Director of Institutional Advancement at Hong Kong Academy, an International Baccalaureate school in Hong Kong. In March of 2019, she returned to the United States to become Executive Director of Visions Art Museum in San Diego, a textile, art quilt, and fiber arts museum whose mission is “to create an international community of quilt and textile artists, collectors and the public through exhibitions, education, and engaging programs that increase the appreciation of quilts, textiles and fiber as fine art”. The position at the museum offered Mitchell the chance to put the fundamental impulse that brought her to graduate school to work.

“Ultimately, what motivates me is a desire to learn, and a desire to share learning. I want to make education happen,” Mitchell said. “I spent my undergraduate and graduate school years living the life of the mind, and to do that, you have to believe that you can make the world a better place through knowledge,” wisdom and empathy. One thing I studied, while writing my dissertation, was how effective, positive, enduring social change happens. I’ve always wanted to contribute to that. I’ve always seen myself as a thinker and a doer.”

When reflecting on the abilities she developed at Yale that have helped her to succeed in her varied career, Mitchell named a skill set that will be familiar to most Yale graduate students.

“One of the most important things I honed at Yale was rigorous critical thinking and persuasive communication. You have to be able to persuade students, for instance, that the course you’re teaching is worth their time. Beyond the classroom, you have to explain why something is important and communicate your point of view in a way that makes the listener care. Those are enormously valuable skills,” Mitchell said.

While she had worked in educational fundraising before beginning her graduate study, Mitchell identified other experiences at Yale where she applied her logistical and organizational talents. As a graduate student, she worked alongside Professors Jon Butler and Skip Stout and other graduate students to help organize a lecture series in partnership with the Pew Charitable Trusts on American religious history, bringing scholars like historian and former president of Harvard University, Drew Gilpin Faust, to speak on campus.

“Ultimately,” Mitchell said. “I think I probably would have ended up in fundraising and external relations if I remained in the academic world.  I cherish being able to support work going on in classroom. I don’t see it as being a lesser vocation. Someone needs to keep the lights on, and if that person really understands, values, and champions what’s going on in the classroom, that person is effective in attracting resources to learning at all levels.”