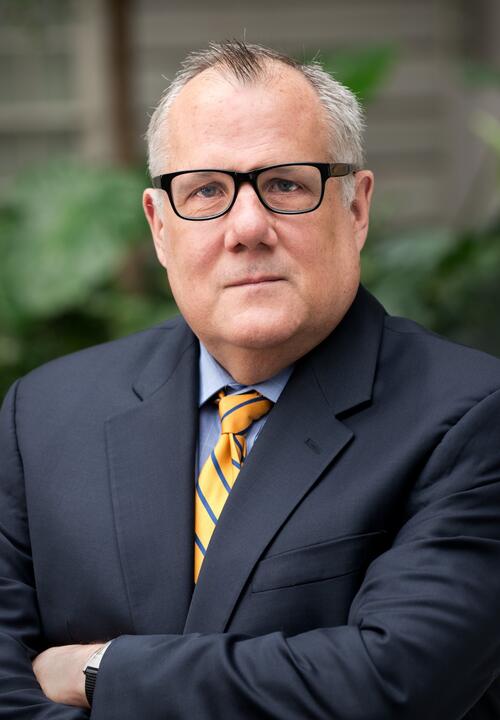 In November, David C. Ward (MPhil 1984, History) was named Senior Historian of the National Portrait Gallery, part of the Donald W. Reynolds Center for American Art and Portraiture. The Gallery uses visual arts, performing arts, and new media to present the history of America through the individuals who have shaped its culture.

Since joining the museum, Ward has curated multiple exhibitions. These include the award-winning “Hide/Seek: Difference and Desire in American Portraiture” (2010), co-curated with Jonathan D. Katz; and most recently, “Poetic Likeness: Modern American Poets” (2013). “Poetic Likeness” provided a documentary record of modernist poetry using portraits from the museum’s collection, quotations from each poet, and audiovisual clips of poets reading their own works. Some of the featured writers were Walt Whitman, Ezra Pound, Robert Frost, Marianne Moore, Langston Hughes, and Allen Ginsberg.

He is currently working on three new exhibitions that will open later this year: “Face Value” (opening April 18, 2014), “Portraiture Now: Staging the Self” (opening in August), and “The Sweat of Their Face: Portraits of American Workers” (opening TBD). He is also curator for the One Life exhibition “Grant and Lee,” which will open July 4.

His permanent installations include the spaces dedicated to the ante-bellum period (1820-60) and the 1945-1980 gallery in the ongoing exhibition, “Twentieth Century Americans.” He helped develop the museum’s “Portraiture Now” series.

Ward’s scholarly and creative interests focus on American social and cultural history as well as literature, most notably poetry. He is co-editor of Lines in Long Array, A Civil War Commemoration: Poems and Photographs, Past and Present (2013), with Frank H. Goodyear III. For this publication, the Smithsonian commissioned poems from twelve contemporary poets on subjects ranging from the history of the conflict to the experience of the common soldier. The book also includes previously unpublished poetry by Eavan Boland, Geoffrey Brock, Nikki Giovanni, Jorie Graham, Yusef Komunyakaa, Paul Muldoon, and others, along with historic poems, including verse by Ethel Lynn Beers, Ambrose Bierce, Emily Dickinson, and Walt Whitman.

Ward is co-author (with Jonathan D. Katz) of Hide/Seek: Difference and Desire in American Portraiture, companion volume to the exhibition of the same name. This book traces the defining presence of same-sex desire in American portraiture from the turn of the 20th century to the present, using more than 140 illustrations, drawings, and portraits from leading American artists. He is also author of Charles Willson Peale: Art and Selfhood in the Early Republic and has published articles on topics in history and culture and on such figures as Hart Crane, Marsden Hartley, Ernest Hemingway, and Gerhard Richter. Ward’s own poetry has been published in Anglo-American literary magazines and collected in Internal Difference (2011) and the forthcoming Call Waiting (2014).