Which is Better: Empathy or Concern?

Matthew R. Jordan (Psychology) and Dorsa Amir (Anthropology) with Paul Bloom, the Ragen Professor of Psychology and Cognitive Science, are co-authors of a paper forthcoming in the journal Emotion that asks, “Are Empathy and Concern Psychologically Distinct?”

Empathy is defined as feeling what you believe others feel, internalizing their emotions as your own. Concern, on the other hand, involves caring about the welfare of others and feeling compassion for them. Researchers have long wondered about the connection between the two. Some have proposed that “empathy is a prerequisite for concern and is therefore the ultimate motivator of prosocial actions,” the paper notes. To assess this hypothesis, the authors developed an “Empathy Index” and used it to explore the relationship between empathy and concern, looking at the cooperative and altruistic behavior each elicited.

The Empathy Index is comprised of two novel subscales that, in combination with the widely-used Interpersonal Reactivity Index, distinguish different aspects of human nature. The authors were able to demonstrate that empathy and concern are indeed distinct: you can be high on empathy and low on concern, or vice versa.

Jordan and Amir then investigated the extent to which empathy and concern motivate prosocial actions (voluntary behaviors intended to benefit another) in a paradigm that asked subjects whether or not they want to donate money to a child in need. They found that concern for others is a uniquely positive predictor of prosocial action, whereas empathy is either not predictive or negatively predictive of prosocial action. This finding underscores the importance of concern as a motivator of charitable giving and calls into question the role of empathy. They concluded that “empathy plays a more limited role in our moral lives than many believe.”

Jordan’s research focuses on the evolution of human cognition, with an emphasis on how people form judgments and make decisions: when and why people cooperate, when and why they rely on their intuition, perspective-taking failures, how basic processes support decision-making, and whether self-deception is possible. He is primarily advised by Laurie Santos in the Yale Comparative Cognition Laboratory, which explores the evolutionary origins of the human mind by comparing the cognitive abilities of human and non-human primates.

Jordan grew up in Massachusetts and earned his BS degree from Northeastern University. He is first author, with Jillian J. Jordan and David Rand, of “No unique effect of intergroup competition on cooperation: Non-competitive thresholds are as effective as competitions between groups for increasing human cooperative behavior,” recently published in Evolution and Human Behavior.

At Yale, he is also involved in the Yale Cognitive Science “Conversations in Cognition” speaker series and collaborates across several research groups in the Psychology Department, the School of Management, and the Political Science Department. 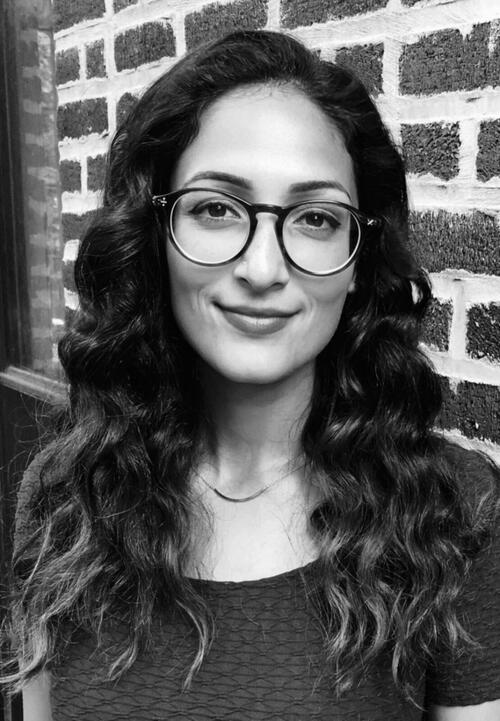 Amir is an evolutionary anthropologist, interested in the physiology and psychology of contemporary humans with a focus on small-scale societies. Her research investigates the degree to which ecology and culture can penetrate cognition, ranging from low-level perceptual processes to higher-level decision-making ones. She is a member of the Yale Reproductive Ecology Laboratory (YREL), headed by her adviser, Professor Richard Bribiescas. At the YREL, researchers study the effects of ecology on biology and behavior, with a focus on the key stages of life such as reproduction, growth, and aging. Amir also collaborates with the Yale Psychology Department through the Human Cooperation Lab and the Social Cognitive Development Lab. Her primary fieldwork is conducted among the Shuar of eastern Ecuador, in collaboration with the Shuar Health and Life History project.

Originally from Iran, Amir earned a BS in Anthropology from the University of California, Los Angeles. At Yale, she is co-founder and coordinator of the Harvard–Yale Human Evolution Colloquium and co-coordinator of the Yale Cognitive Science “Conversations in Cognition” speaker series.

She and Jordan collaborated on two other recent publications: “A longitudinal assessment of associations between adolescent environment, adversity perception, and economic status on fertility and age of menarche,” with Bribiescas; and “Cultural evolution need not imply group selection” with Rand.