Every year, Yale and six other universities recognized for their distinguished graduate programs in the Humanities receive grants from the Mrs. Giles Whiting Foundation to support advanced graduate students of exceptional merit as they complete their dissertations. 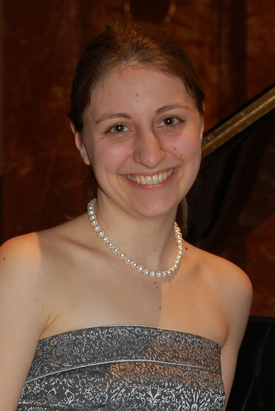 At Yale, a faculty committee appointed by the Dean selects the very best students from among those who have been nominated by their departments to be Whiting Fellows. The winners this year are Alexandra Kieffer (Music), Thomas Koenigs (English), Andrew Kraebel (English), and Marian Schlotterbeck (History). They were honored at a dinner recently, along with this year’s Leylan Fellows (who will be featured in the next issue of the newsletter).

Alexandra is working on a dissertation provisionally titled “Representing Sound: Inscriptions of Listening at the French Fin-de-siècle” and advised by Brian Kane. Her work examines what she calls “the emergence of new, ‘modern’ regimes of listening” that appeared in the late nineteenth century, and the way these approaches intersect with the musical culture surrounding Claude Debussy and Maurice Ravel in the period from 1895 to 1910. She focuses in particular on the phenomenon of piano pieces that imitate sounds: bells, running water, and birdcalls, for example. “These pieces, I argue, are part of a musical culture that cultivated and privileged the act of listening to non-musical sound even as, at the same time, it recognized listening as deeply problematic and mediated through the opaque and resistant materiality of the body,” she says. Alexandra earned her BA in music from Grinnell College in Iowa. 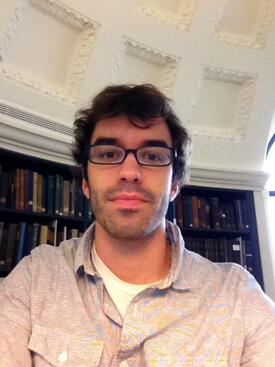 Tom’s dissertation, “Founded in Fiction: Fictionality and the History of the Novel in America, 1780-1861” explores “the remarkably diverse forms, understandings, and uses of fictionality” that were produced during the early years of the American republic. From this period of political ferment, ideological transition, and, he argues, dynamic literary experimentation, writers “sought to turn fiction to a variety of ends, seeking to train citizens, reform conduct, intervene in political debates, and critique social institutions.” His advisers are Michael Warner (committee chair), Caleb Smith, and Jill Campbell. An essay he wrote, ““Whatever May be the Merit of My Book as a Fiction’: Wieland’s Instructional Fictionality,” appeared in this fall’s issue of the journal ELH: English Literary History. Tom completed his undergraduate degree at Johns Hopkins University. 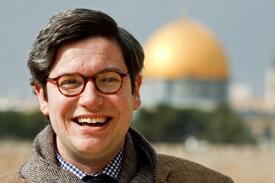 Andrew’s dissertation, “The Study of the Bible in Oxford, c. 1370-1420: Academic Discourse and Its English Translation,” explores a neglected body of texts: biblical commentaries in Latin and Middle English produced in England’s premier university during the career of poets like Geoffrey Chaucer and theologians like John Wyclif. He has found that these commentaries suggest a new understanding of the literary and intellectual history of England during this period, including the relationships between Latin and the vernacular, orthodoxy and heresy, and academic and popular literary tastes. Alastair Minnis chairs his advisory committee, which also includes Jessica Brantley and Ian Cornelius. Andrew received his AB in Religion and Latin from Dartmouth College in 2006 and his MAR in 2008 from Yale Divinity School before embarking on his PhD. In 2010 he earned an MPhil from Yale’s Medieval Studies Program, whose lecture series he organized for four years. His first book, a Latin edition of The Sermons of William of Newburgh, was published in 2010 the Pontifical Institute of Mediaeval Studies, Toronto. His articles have appeared in Mediaeval Studies, Sacris erudiri, Medium &AElig;vum, The Mediaeval Journal, and Revue bénédictine, among others. He recently served on the graduate student committee of the Medieval Academy of America. 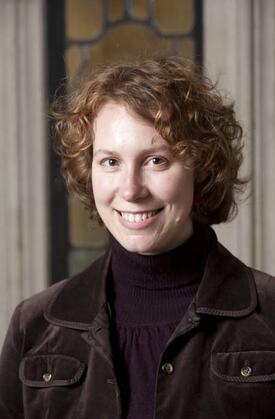 Marian’s dissertation, “Everyday Revolution: Grassroots Movements, the Revolutionary Left (MIR) and the Making of Socialism in Chile, 1964-1973,” traces the trajectory of Chile’s Revolutionary Left Movement (MIR) as it grew from student protests in the 1960s into a grassroots movement for revolution in the 1970s. With support from the Social Science Research Council and Fulbright-Hays, she conducted over 120 hours of oral history interviews during sixteen months of research in Chile. Her central claim is that the MIR’s contribution came not from violence but from empowering marginalized individuals to participate in the political system and make demands of it. It was these subjective transformations – or “everyday revolutions” – that mark the lasting legacy of revolutionary politics in Chile. More broadly, her work contributes to the study of social movements globally by asking why people join movements for social change and how decades later they make sense of their participation. Marian is a graduate of Oberlin College and her advisor is Gil Joseph.