Why Do Men Nurture Children, and How Does That Change Them?

Erin Burke (Anthropology) wants to find out how and why human males nurture their young. In order to fully understand why studying paternal care would warrant such attention, it is important to first realize how unusual it is, she says. 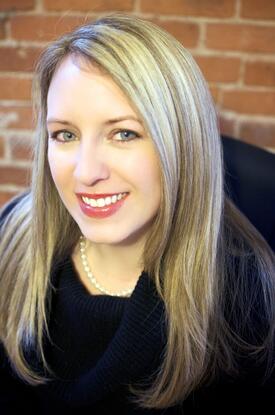 Among all of our great ape relatives, humans are the only ones whose male members care for their young. Among all mammals, barely three to five percent of the males provide nurturing.

“This care has implications for our unique evolution. Paternal care, including providing food, protection, or teaching, could have allowed us to have an extended period of learning and dependence, which we call ‘childhood.’ And childhood, in turn, could have provided us the time to acquire things like specialized skills, extreme intelligence, and language,” she explains.

But why gay fathers?

“Well, if having one male care for children is an anomaly among our primate relatives, having two males invest and care for a child, with the potential for no female involvement, is even more unique.”

How do two fathers split childcare responsibilities? Do both members of the couple contribute equally? Do both members respond physically in the same manner to childcare? These are open questions that Erin hopes to answer. Additionally, studying gay fathers allows us to investigate why males care for their children. Do they invest in children because they are trying to increase mating opportunities with a female? Or are they trying to increase the survivorship of children? By studying gay fathers specifically, one can remove the maternal factor in this equation and answer the “why” of the project’s research goals.

A third goal of the project is to expand the definition of fatherhood in contemporary America. Erin first became interested in studying gay fathers when she realized that the current focus of investigations into paternal care did not reflect the true diversity of fatherhood. In the United States, the ever-increasing number of gay men becoming parents – either through adoption, surrogacy, fostering, or blended families – has recently been termed the “gay baby boom” (Johnson & O’Connor 2002).

Erin notes that “The number of self-reported same-sex households in the United States grew 80 percent from 2000 to 2010, and the number of children living with same-sex parents doubled, according to the U.S. Census Bureau. Yet, in spite of this demographic trend, gay fathers have not received the same level of biosocial research attention as straight fathers. The Gay Fathers Project seeks to correct this disparity by making the important demographic group of gay dads the focus of this research.”

Erin will study paternal care by measuring the physical responses of men to the role of fatherhood. “It should come as no surprise that females go through significant physical changes when they become mothers, but only recently have researchers discovered that males also experience physical changes when they become parents,” she says. In order to measure these physiological changes, she is looking at hormone levels because they tell us information about how the body responds to different life stages, such as fatherhood. Her research involves taking saliva and blood samples from gay male couples with children and comparing the hormone levels in these samples to samples from gay male couples without children. Couples will also fill out a survey to provide information about their children, childcare activities, relationships, and demographic data. The hormonal players include testosterone (a metabolic hormone), cortisol (a stress hormone), oxytocin (a bonding hormone), and prolactin (a hormone implicated in paternal care in other vertebrates). Burke will measure these hormones using enzyme immunoassays in the Yale Reproductive Ecology Laboratory, headed by primary investigators Richard Bribiescas and Claudia Valeggia. 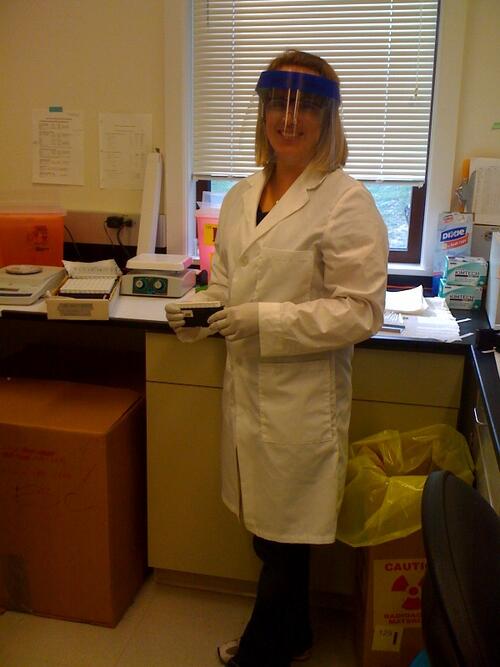 Currently, Erin is busy recruiting couples throughout the United States to participate in the Gay Fathers Project. She has traveled to San Francisco, New York, Boston, Provincetown, and Hartford and plans on traveling to Washington, D.C., Philadelphia, Chicago, and Detroit in the coming months to enroll more participants. In late August, she presented “What about gay fathers? Hormones and fatherhood in male same-sex couples,” the 2014 Yale Club of San Francisco Summer Graduate Fellowship Talk.

Erin grew up in Grosse Pointe Farms, Michigan, and received her BA in Anthropology at the University of Michigan with an honors thesis supervised by Professor Beverly Strassmann on a project to document patrilineal ties among the Dogon, a group of people from Mali, West Africa. The research was published in the Proceedings of the National Academy of Sciences. After graduating, she moved to Washington, D.C. and worked for the National Geographic Society on the Genographic Project, an initiative that used DNA to map the migration of humans across the world. She received her MA from Yale in 2013 and is currently working on her dissertation project. In her free time, Erin enjoys sailing on Long Island Sound, interior design, and exploring New England’s many ski resorts and breweries.

To learn more about the Gay Fathers Project or to participate in the study, visit the project’s website or contact Erin directly by email.