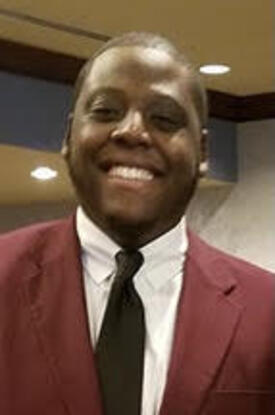 For Da’Von Boyd, connections between the theological and the secular in politics runs deep.

Born into a family of preachers, Boyd’s formative years were spent engaged in rigorous political debate with his parents and siblings. And auspiciously, his life trajectory traces American civil rights history: he was born in Norfolk, Virginia, the hometown of Ella Baker, and graduated from Morehouse College in Atlanta, Dr. Martin Luther King, Jr.’s alma mater. Now a Ph.D. candidate in the Yale Political Science and African American Studies departments, Boyd’s research draws from these connections to illuminate how Black religious traditions shaped the political, ethical and ideological architectures of the Civil Rights movement.

In March, Boyd’s work on Dr. King was awarded the 2021 Alex Willingham Best Political Theory Paper Award from the National Conference of Black Political Scientists for his paper, “Spiritual Strivings: An Analysis of Dr. King’s Use of Spirituality in His Theory of Political Action in the Civil Rights Movement.”

For Boyd, King is a dynamic character whose growth as a secular leader and activist was closely tied to his spirituality.

“Believe it or not, there are some political theorists who would say that religion is just a veneer for politics. That King isn’t really a religious thinker, and that instead his arguments are [only] democratically motivated,” Boyd says. This, to him, is a nearsighted view.

Using historical and interpretive methods, Boyd provides a reconstruction of both the Afro-Christian and the secular in King’s political philosophy. “Rather than justifying a particular political praxis based on claims of divine affirmation,” Boyd writes in the paper, “King broadens his moral argument to capture the different sensibilities of his new allies who are equally concerned with the intersecting political difficulties that face the nation and the world; yet did not have the same spiritual strivings.”

Going forward, Boyd plans to expand his research beyond and singular focus on King to highlight other Civil Rights leaders, like Ella Baker, as well as other key organizations like the Southern Christian Leadership Conference, the Student Nonviolent Coordinating Committee, the Nation of Islam, and the Organization of Afro-American Unity.

In addition to his research, Boyd is a passionate educator in the Yale Teaching Fellow program, and works as a student leader in the graduate school. Last spring, he was elected Secretary of the Graduate Student Assembly for this academic year. And his holistic approach to research, teaching, and leading is no accident.

“I do really see [my research] as an interdisciplinary enterprise, but I also see this as work that is intimately connected to lives outside of the academy. And that for me is my most important role as a scholar – to not only give my students the conceptual tools to think about the world politically, but also to help people outside of the academy make sense of history and understand themselves within this political context as well.”