Yale Ph.D. Grad – Inspiring Minds that will Change the World 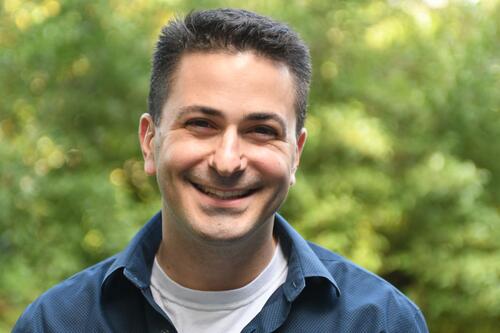 Daniel Fried’s parents are teachers, and so you could say education runs in the family. Naturally, as he finished up his Ph.D. in 2011, in Organic Chemistry at Yale, he considered ways his background in science and education could work together.

“At that time, I felt like I had something unique to offer in the field of science education,” Fried said. To begin developing his ideas, he received permission to run classes at the Peabody Museum and brought in kids from New Haven area schools. He was surprised that he was able to teach them similar chemistry concepts that he taught to Yale undergraduates. Fried would later go on to accept a teaching position at Saint Peter’s University in Jersey City, New Jersey, and began to pilot his teaching program, now christened Biochemistry Literacy for Kids, in Jersey City public schools and surrounding districts. Fried estimates that about six-hundred students have participated in various forms of the program so far.

“The program is about literacy in a subject that isn’t really a part of the K-12 curriculum,” Fried said. “As a biochemist, I see this as a glaring omission in pre-college science. Biochemistry is where a lot of profound questions are answered. It’s where students learn about the structure of living matter, how medicine works, why we breathe, and how we see. I try to fill this gap and convince people that it should be a standard part of STEM education.”

How does Fried teach a subject that many adults, let alone kids, find challenging? Over years of tweaking and refining the course, Fried has created a highly visual, kid-friendly curriculum. He spends hours perfecting animations and visualizations to better explain and expand on important concepts that might take up only a few lines in a college-level textbook. His students build handheld models of the molecules they’re learning about. This, Fried noted, gives them a fun and intuitive feel for the structures underlying everything in our world. Fried also instructs the students using free molecular modeling software, a technology underutilized in K-12 and even in college STEM education. The software helps students to easily visualize biologically-relevant molecules that are too complex to built by hand.

Working as a Teaching Fellow at Yale helped jumpstart Fried’s love of teaching. “Dan was a fantastic graduate student. Skilled in the methods of research, for sure, but his gifts as a teacher were evident even then,” said Alanna Schepartz, Sterling Professor of Chemistry and Professor of Molecular, Cellular, and Developmental Biology, who encouraged Fried to be ambitious with his research and teaching.

Fried is quick to point out that, while you would expect there to be major differences between the learning styles of undergraduates and elementary school students, that isn’t always the case.
“Kids are eager to understand science, and often look at things in a more open-minded way than many adults. My programs work on young learners because I capitalize on this natural enthusiasm toward science. After running so many college and K-12 classes, I’ve seen that learners of all ages benefit from my supportive and content-rich teaching,” he said. 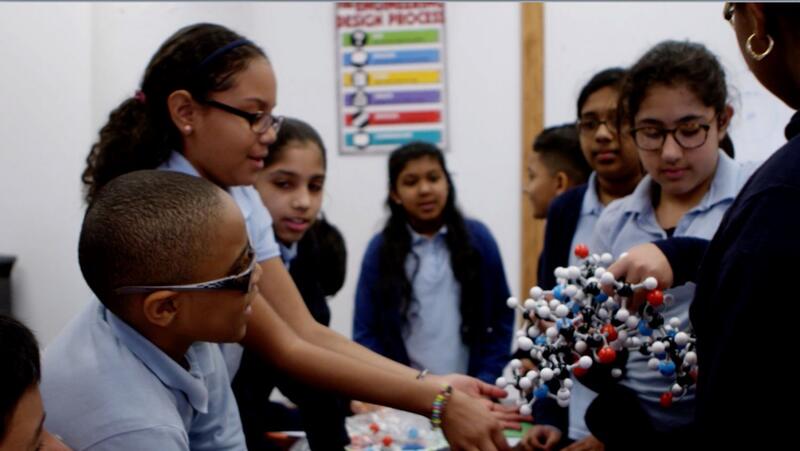 Recently, some schools have built productive collaborations with Fried, but initially, a large challenge lay in convincing adults that elementary school students were capable of doing the work.
“In the beginning, finding schools willing to participate in the program was very difficult,” Fried noted. The initial resistance forced Fried to keep the program lean, and the result is a curriculum that’s cheap and easy for schools to implement.

While Fried continues his undergraduate-led laboratory research program, involving the modification of proteins using genetic engineering, he is also focused on expanding and growing Biochemistry Literacy for Kids. Currently, his goals for the program include gaining collaborators who support the effort, training teachers, and completing additional studies of the program’s results. In the future, Fried even hopes to work with scientists from different fields to apply the Biochemistry Literacy for Kids model to other STEM fields.

For more information about Daniel Fried and Biochemistry Literacy for Kids, check out this short documentary about his Jersey City Schools program.