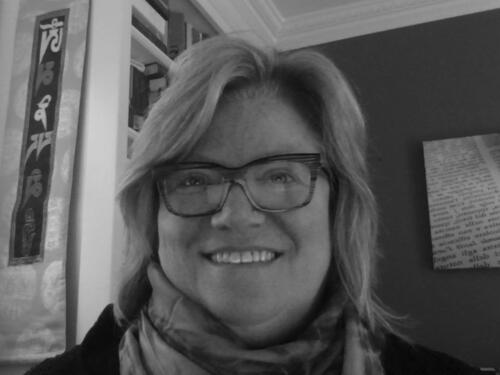 As a buzzword, digital humanities can leave those not in-the-know scratching their heads. The hot new term, representing the future of the humanities, can encompass a wide range of approaches to humanistic scholarship. Carol Chiodo, who completed her PhD at Yale in Italian literature before working as a Post-Doctoral Associate at the Yale University Digital Humanities Laboratory, offers an expansion of the term’s definition that might surprise scholars who fancy their work to be purely “traditional.”

“All humanities are digital now, whether scholars are critically aware of it or not,” Chiodo said. “We just have a tendency to efface the digital tools we use. A lot of the building blocks of our current scholarship are digital. We just don’t acknowledge it. Yet there are additional opportunities. Does the use of computational methods allow for something that wouldn’t otherwise be possible? Skeptics may look at initial experiments and say that it’s telling us something we already know. But that’s an inevitable step towards finding something we wouldn’t already know.”

Chiodo’s dissertation examined the mechanical arts in Dante’s Divine Comedy. She describes it as a very traditional piece of scholarship, but it was during this process that she began attending meetings of the Digital Humanities Working Group at the Whitney Humanities Center. She found the experimental spirit of the space especially stimulating.
As a Post-Doctoral Associate at the Yale DHLab, Chiodo combined her interests in Dante with vibrant new methods of inquiry.

“I was interested in membership of the Dante Society of America and the role played by the scholarly society in public culture. The Dante Society is the second oldest scholarly society in the United States. I used network analysis to look at membership,” Chiodo said. “And I learned that a third of the society’s members were women. This prompted my interest in their scholarship and in the material culture of that work that lay outside traditional scholarly channels.”

Recently, Chiodo began a new position as the Librarian for Collections and Digital Scholarship at Harvard’s Widener Library. She develops and curates the library’s holdings in French, Italian, German, and Dutch while also actively collecting and curating original digital and digitally-inflected scholarship.

“I try to stay on the cutting edge. One of the many strengths of the collections at Harvard is how extensive they are,” Chiodo said. “By bringing born-digital items into the collection, it’s wonderful to see how they complement, enhance, and put into conversation other pieces of the collection. It also provides an opportunity to work with people both inside and outside the library system at Harvard.”

Chiodo cites her experiences teaching Italian language, both at Yale and elsewhere, as crucial to developing an ability to “scaffold” learning—something vital in her new role, as she works with scholars and students from a wide range of disciplines and backgrounds.

“I had a rocky transition initially, from academic teaching. That’s the reality of the job market in Italian studies and other fields, especially foreign languages. I found myself working semester to semester as contingent labor, and as much as I enjoyed teaching, I wasn’t interested in teaching elementary Italian over and over again,” Chiodo said. “But teaching language forces you to learn how to scaffold your students’ learning. Now, I spend a lot of time explaining very complicated technical processes to people of varying abilities. In order to do that successfully, I need to meet them where they are at and build on that. This is one of the ways language teachers can reconfigure our skills for other careers.”
Chiodo notes that she has a newfound appreciation for the all the work that goes into making information available and discoverable behind the scenes in a library.

“I like the public service aspect, like I’m making a difference in shaping collections that will affect the scholarship of future generations. It’s good for my ego,” she concluded with a laugh.