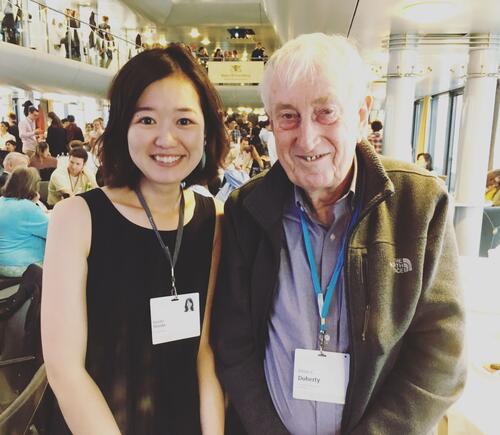 Every summer, the Lindau Nobel Laureates Meeting brings together hundreds of young scientists from around the world for a week of exchange and discussion with Nobel Laureates in Lindau, Germany, alternating each year between the fields of physics, physiology and medicine, chemistry, and economic sciences. The meetings aim to create lifelong connections between scientists of different backgrounds, generations, and cultures.  This summer, Yale’s own Kayoko Shioda, a Ph.D. student at the School of Public Health, attended the event after being nominated by her home country of Japan. She was one of six-hundred young scientists selected in a competitive application process to meet with the thirty-nine Nobel Laureates in attendance.

The meetings utilize a variety of exchange formats, including traditional-style lectures about the research for which the laureates received the award or ongoing research, an “Agora” style talk where the Nobel Laureate is able to use the time to discuss whatever he or she wishes with free form question and answer sessions, and a science walk, pairing a group of young scientists with a Nobel Laureate for an informal discussion and stroll. Shioda attended one of these walks with Dr. Robert J. Lefkowitz, who discussed the role of serendipity in his development from a physician to research scientist. She also attended a panel discussion on the future of scientific publishing.

“It was fascinating to meet with young scientists from 84 countries. We don’t do the same work in the same field, so if we didn’t participate in this meeting, I would not have met them,” said Shioda, reflecting on her experience. “It was so interesting to hear about their work, how they got to where they are, and what they are aspired to do in the future.”

“Ultimately, my goal is to do research that will provide useful scientific evidence for policy makers so that we can control infectious diseases more effectively,” Shioda said.

“Kayoko is an exceptionally talented and hard-working Ph.D. candidate,” said Shioda’s advisor and mentor, Daniel Weinberger, Associate Professor of Epidemiology of Microbial Diseases at the Yale School of Public Health. “With training in veterinary medicine and epidemiology and several years of work experience at the CDC, she brings a wonderfully unique perspective to her work. She has dedicated herself to mastering and applying cutting edge quantitative methods to important issues in the evaluation of vaccines. She has applied her talents to collaborative projects with the Pan American Health Organization and works on developing and evaluating new tools to evaluate vaccines in resource-poor settings. Being selected for the prestigious Lindau Nobel meeting only confirms her status as a rising star in epidemiology.”

Shioda cited a lecture given by Ada Yonath, who received the Nobel Prize in 2009, as being one of the most interesting and helpful for her.

She emphasized the importance of enjoying the work you’re doing. She said the most important thing was to do good work—don’t try to win a Nobel Prize. Just try and do the best work you can. Someone asked where Nobel Laureates keep their medals, and she claimed she had forgotten. I took that away from her talk: work so hard, and love your work so much, that if you win the Nobel Prize, you forget where you put it.” 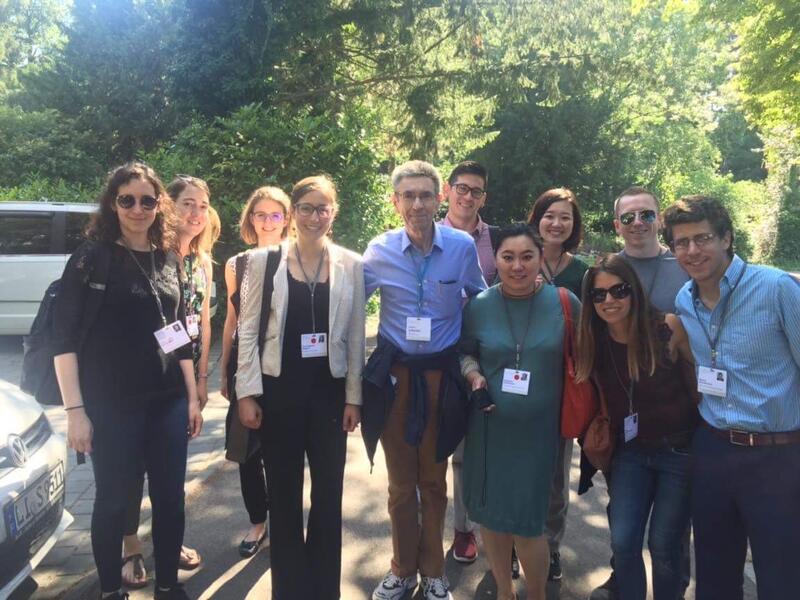