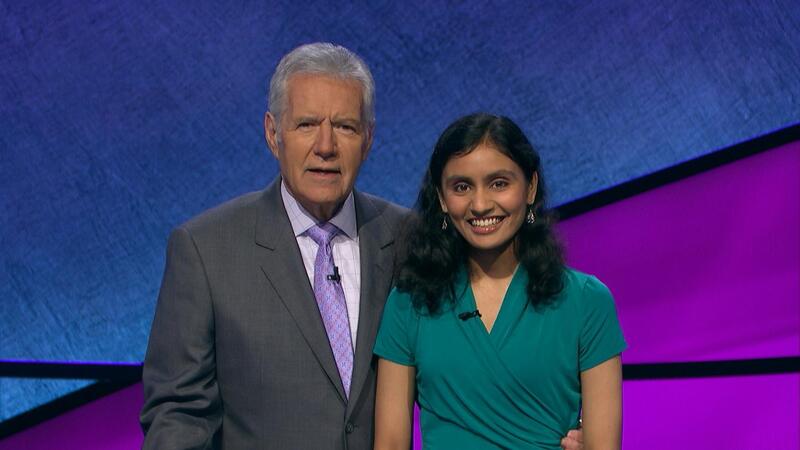 Most Yale graduate students are content to distinguish themselves academically and professionally, performing groundbreaking research and publishing scholarship at the bleeding edge of their fields. Some graduate students, however, like Swetha Dravida, bring their talents to television. The MD/Ph.D. student in the Interdepartmental Neuroscience Program competed on a recent episode of the long-running quiz show Jeopardy! and found herself in an intellectual battle of wits that stretched beyond her usual academic interests.

“I don’t often do pub trivia,” Dravida said, describing her preparation for the game show. “Occasionally, I go to trivia at the graduate student pub with my friends at the med school, but that’s it. After I found out I had a shot at going on the show, I started watching a ton of Jeopardy!, trying to identify types of questions that come up often.”

The fruits of her intensive research?

“I read up on opera,” she admitted with a laugh. “There are a lot of questions about opera.”

When not competing on televised game shows, Dravida is one of the graduate students in Professor Joy Hirsch’s . Her current research focuses on using functional near-infrared spectroscopy to study aspects of social interaction with an eye towards understanding disorders that affect social interactions, like autism.

“We put caps on the subject,” Dravida explained. “And see how social interaction affects brain signals. We think that the brain acts differently when interacting with another person. The long-term goal, eventually, would be to make a tool that could look at social interactions between a mother and child, and diagnose disorders like autism early on.”

In the future, Dravida sees herself splitting her time between practice and research.

“Ideally,” she said. “I’d be in a lab attached to a hospital, seeing patients and also doing research, working in psychiatry or neurology.”