Emma Ideal (Physics) is a member of the ATLAS Experiment, a 3,000-person collaboration of physicists from 176 institutions in thirty-eight different countries around the globe. One of ATLAS’ primary aims is to prove or disprove with a high degree of confidence the existence of the Higgs boson, the last elementary particle predicted in the Standard Model of Particle Physics. Until recently, the Higgs boson was believed to exist but had not been detected experimentally. 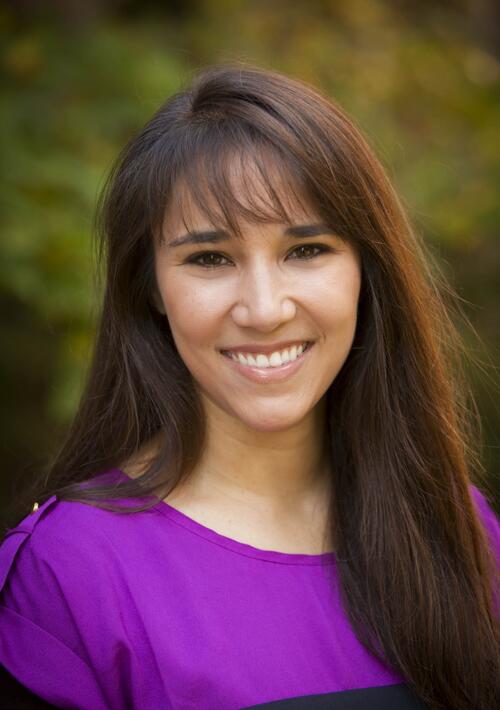 The near-certain discovery of the Higgs boson at CERN was announced to the world with considerable fanfare this past July.

The Higgs boson is one of the seventeen fundamental particles in what physicists call “the Standard Model.” The other sixteen are the six quarks, six leptons, the photon, gluon, and the W and Z bosons. The quarks and leptons make up all the everyday matter we see around us. The photon, gluon, W, Z, and Higgs particles are in a different class, called bosons, and are the ones responsible for all the forces in nature except gravity.

Emma is based at Yale, but travels to CERN, on the French-Swiss border, to collaborate with scientists at the large colliders where the experiments to create the Higgs boson are done. The Large Hadron Collider (LHC) accelerates protons around a 27-kilometer ring that is buried 100 meters underground. By colliding protons at very high energies in the center of detectors placed around the ring, the LHC allows for the study of the conditions of the early universe and the creation of heavy, short-lived particles that have not been in abundance in the universe since moments after the big bang.

“CERN is an incredibly exciting place to work, a bustling environment with a diverse (in every sense of the word!) group of scientists from all over the globe with a wealth of knowledge and endless enthusiasm,” she says. “However, I also enjoy living at Yale, with all of the opportunities that come with being at a university — participating in science outreach, taking religion classes, attending seminars and so on — though one challenge is waking up in New Haven at 3 a.m. for 9 a.m. meetings at CERN, which is six hours ahead of EST!”

Emma’s interest in science began when she was very young. “I always had a preference for math and science over the arts and social sciences. I found comfort in objectivity, which stood in stark contrast to the subjective nature of composing essays for English or history class. My father, a high school math teacher, instilled the love of computation and problem solving in me. When I finally had the opportunity to take physics in my last year of high school, I found that it perfectly married computation with fundamental scientific inquiry. I declared myself a physics major upon entering UCLA, and I haven’t ever looked back!”

When she came to Yale, she “jumped at the opportunity” to join the search for the Higgs boson, she says. She now works in Sarah Demers’ group.

“The Higgs boson decays within our detector to other particles soon after its production. Therefore, the only way we ‘see’ the Higgs is by studying its decay products, or the so-called ‘final state.’ One of the major problems we face in this search is that a given final state can be produced by many other particle decays and physics processes, so the challenge is in separating these 'backgrounds' from the interesting signal — the Higgs decay. Roughly one collision every trillion will produce the sought-after Higgs boson,” she says. The obvious challenge is to spot that extremely rare particle amid the many “fake signal signatures.”

Emma's research focuses on a particular Higgs decay channel, the di-tau channel, in which the Higgs decays to two taus ¬– elementary particles that are essentially heavier versions of electrons. “At the currently favored Higgs mass of 125GeV, roughly six percent of Higgs bosons produced at the Large Hadron Collider will decay to a tau pair, making this an important channel for discovery.”

Emma has become a vocal advocate for women in science, in particular in physics, “where the representation of women is very low, with many women leaving the field as we move up the academic ladder.” After attending the Fourth International Conference on Women in Physics in 2011, she and another graduate student from Michigan State University (now a postdoctoral fellow at Los Alamos Laboratory) decided to create a book for young women who aspire to be scientists. “This book will be a compilation of essays by leading women physicists across the United States, in which they document their experiences in the field, including discussions on gender-related issues they have faced and overcome. We hope that it will inspire the next generation of young women to consider physics as a career.” The book will include essays from Yale professors Meg Urry, Bonnie Fleming, and Sarah Demers, along with more than 50 other scientists.

Among her recent honors, Emma was awarded a 2010 NSF Graduate Research Fellowship and the 2012 Kirsten R. Lorentzen Award from the Association for Women in Science (AWIS).