A Leader in Graduate Education since 1847

Established by an act of the Yale Corporation in August 1847, the Graduate School of Arts and Sciences was originally called the “Department of Philosophy and the Arts” and enrolled eleven students who had completed four-year undergraduate degrees. The program offered seminars in chemistry and metallurgy, agricultural science, Greek and Latin literature, mathematics, philology, and Arabic. The faculty consisted of two full-time science professors, Benjamin Silliman Jr. and John P. Norton, and five Yale College faculty members who offered advanced courses in their subject areas. This was the first program at Yale to focus on research and scholarship. Professional training was already being offered in medicine (1810), theology (1822), and law (1824). 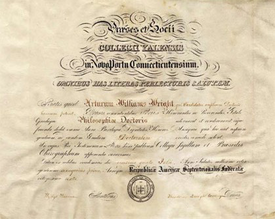 At Commencement in 1861, Yale University awarded three Ph.D. degrees, not only the first ever awarded at Yale, but also the first in the United States. The University of Pennsylvania followed in 1870; Harvard, in 1872; and Princeton, in 1879. The Yale graduate programs continued to grow, although they would not be named a separate graduate school until 1892.

Breaking Barriers in Diversity and Inclusion 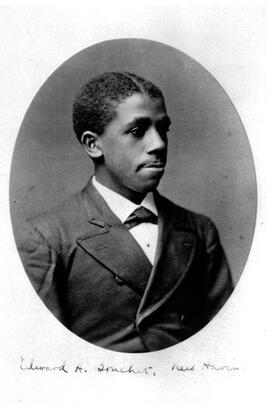 In 1876 Edward Alexander Bouchet (Yale College Class of 1874) was the first African American to earn a Ph.D. in the United States. His degree was the sixth doctorate in physics ever awarded in that field in the U.S. 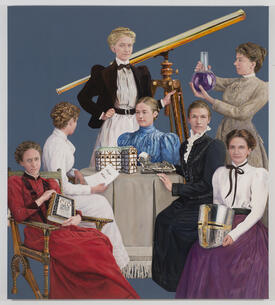 In 1892, women were admitted into the Graduate School as students in full standing, and in 1894, Elizabeth Deering Hanscom and six others were the first seven women to earn a Yale Ph.D. Deering and her fellow women Ph.D. graduates went on to enjoy long and distinguished careers. Deering was professor of English and American literature at Smith College. Women were not admitted into Yale College until 1969.

The Graduate School is founded 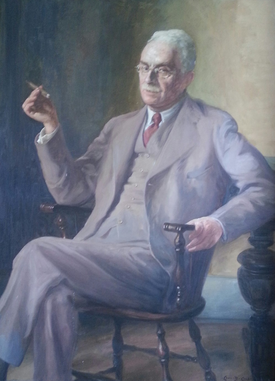 In 1892, the Department of Philosophy was officially renamed the Graduate School of Arts and Sciences, and Arthur Twining Hadley was appointed dean. Hadley later became Yale's 13th president. In 1920, the Graduate School was assigned its own governing board, and under Dean Wilbur Lucius Cross (1916-1930), it attracted a large and distinguished faculty.

The Hall of Graduate Studies (HGS) was built between 1930 and 1932. Designed by James Gamble Rogers, the building is in the Scholastic Gothic style, with whimsical and emblematic decorative details, stained glass windows, and ornamented ceilings. Dean Cross, who long argued for building a home for the graduate school in the center of the Yale campus, noted that building a Hall of Graduate Studies would make the “Invisible Graduate School … visible to all.” From 1932-2018 HGS housed a graduate student dormitory and offices for faculty and several departments. In 2015, the Graduate School Dean's and administrative offices moved to Warner House (1 Hillhouse Avenue). The McDougal Graduate Student Center moved to new quarters at 135 Prospect in Fall 2017. HGS closed for renovations, 2018-2020, to construct a new Humanities Hub for 15+ departments and programs. A modern suite-style graduate dormitory at 272 Elm Street opened in 2018. 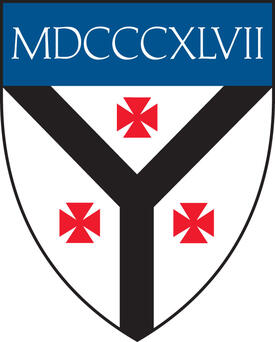 The Graduate School’s shield includes the founding date, 1847, in Roman numerals, and three red crosses derived from the arms of Bishop George Berkeley, whose generosity established the first scholarships for graduate studies at Yale. The black Y-shaped device represents the “pallium,” a garment worn by philosophers in ancient Rome, and frequently used as a symbol for Yale.

In 1996, the McDougal Graduate Student Center was established in the Hall of Graduate Studies, thanks to the generosity and vision of Alfred McDougal '53 and his wife Nancy Lauter. Through this new Center, the Graduate School enhanced its student services, adding professional staff and student fellows in McDougal offices of Graduate Teaching, Graduate Career Services, and Graduate Student Life. A Graduate Writing Center and an Office for Diversity and Equal Opportunity (now OGSDD) were added in later years to serve student needs.

The Graduate Student Assembly, the official student government representing all GSAS students, was established in 1997. With advice and support from McDougal Graduate Student Life, the number of student organizations has grown from 1 in 1996 to over 50 groups today.

GSAS doctoral programs became fully funded in 2001, offering admitted Ph.D. students full tuition fellowships, competitive stipends, excellent healthcare coverage, and an increasing range of student services, including parental relief, to assist them in their academic and personal lives and careers. In the 21st century, with outstanding research faculty and degree programs, supportive student services, and the growing attractiveness of New Haven as a place to live, applications for admission to Yale GSAS have reached record levels, with over 11,000 applications for approximately 690 student slots each year.

In 2015, the Graduate School Dean's and administrative offices moved from HGS to Warner House at 1 Hillhouse Avenue, allowing the Dean of the Graduate School to work closely with the Dean of the Faculty of Arts & Sciences and the Dean of Yale College, whose offices are also in Warner House. In Fall 2017 the McDougal Graduate Student Center and related GSAS programs and events moved temporarily into a new location at 135 Prospect Street. A permanent home for the McDougal Graduate Student Center will be found in the future.

*For more on the history of the Graduate School, see Edgar S. Furniss, 1965. The Graduate School at Yale: A Brief History. New Haven, CT; and Wilbur L. Cross, 1943. A Connecticut Yankee: An Autobiography.